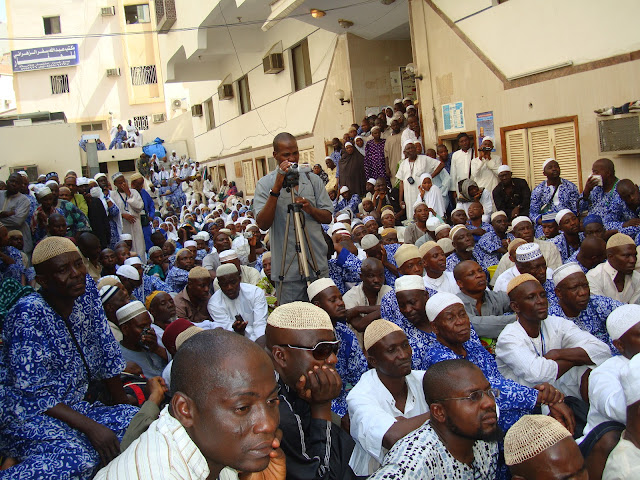 As many as 150 out of 200 Haj and Umrah service providing companies had their licenses revoked due to substandard services and because they fail to prevent pilgrims from overstaying in the Kingdom after the expiry of their Haj and Umrah visas, local daily Al-Madina reported on Wednesday quoting informed sources.
The sources said about 6 million people performed Umrah during the previous season, of which only 4,000 people overstayed.
Officials of the sector attributed the small number of overstayers to the experience the sector has accumulated over the years and the strict controls the government has introduced.
This was revealed during a meeting in Makkah on Tuesday organized by the National Haj and Umrah Committee of the Makkah Chamber of Commerce and Industry and attended by about 300 people.
The deputy chairman of the committee, Abdullah Bin Omar Qadi, said the companies were closed down because they were unable to provide consummate services to the guests of God and could not prevent their pilgrims from overstaying.
He said the government has strengthened the basic infrastructure including the expansion of the two holy mosques, refurbishment of airports, introduction of public transport systems, consisting of buses, trains and metros and the provision of enough manpower to receive and see off the pilgrims.
“The Haj and Umrah companies have no excuse but to provide the best of services to the guests of God,” he said.
Qadi said the companies have until May 30 to apply for the extension of their licenses.
He explained that the issuance or the renewal of the license would require a company to deposit SR2 million in bank guarantee and its capital to be fully Saudi.
Saudi Gazzete