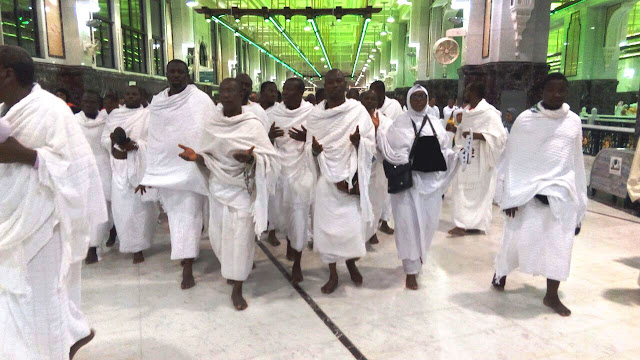 The Kwara State Muslim Pilgrims Welfare Board, says it is collaborating with the National Drugs Law Enforcement Agency (NDLEA) to ensure that no suspected drug trafficker is found among the 2017 intending pilgrims.
Mohammed Tunde-Jimoh, the Executive Secretary of the board disclosed this on Monday in an interview in llorin.
The secretary, who was reacting to the arrest of three pilgrims from Kwara in Saudi Arabia during 2016 pilgrimage, said the incident was regrettable and would not happen again in the history of the board.
He said the NDLEA had assured the board of availability of modern scanning machines to detect suspected drug peddlers who might attempt to travel to the Holy Land from the state.
According to him, any drug baron planning to travel with through the board should have a rethink, as adequate arrangement has been put in place to fish them out.
Tunde-Jimoh advised intending pilgrims not to travel with Kolanuts or other substances outlawed by Saudi Arabia.
He said the board had made arrangements to conduct series of enlightenment programmes to acquaint them with Hajj rites.
According to him, the board has already secured befitting accommodation for the comfort of 2017 pilgrims in Makkah and Madinah.
Tunde-Jimoh warned the intending pilgrims from paying the balance of their Hajj fare through agents, saying payment should be made to only the banks designated by the board.
A total of 2,168 pilgrims and 20 officials are expected to perform the 2017 Hajj from Kwara.
PM NEWS