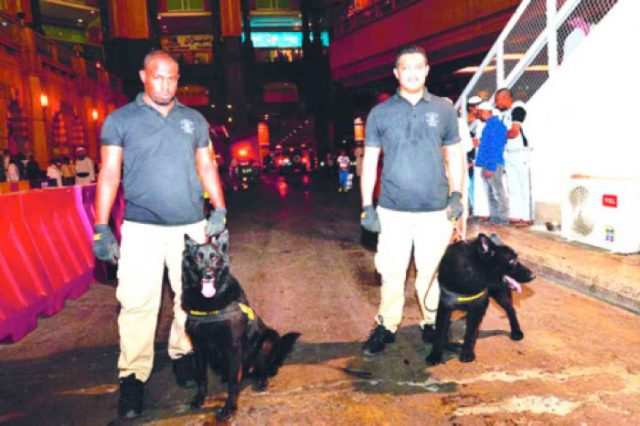 For the first time the Saudi authorities have deployed bomb disposal squads around the Grand Mosque in Makkah for the safety of pilgrims. — Okaz photo
For the first time some 30 specialized weapons and bomb disposal squads have been deployed around the Grand Mosque in Makkah for the last 10 days of Ramadan.
“The units inspect vehicles with the help of sniffer dogs and special tools. This safety measure has been implemented for the first time,” said Khalid Muhareb, a major general in Umrah Safety Forces for Weapons and Bombs.
Drivers around the hotels surrounding the Grand Mosque have been warned against carrying any flammable or prohibited material.
“We have so far not record any suspicion cases,” Muhareb said.
SAUDI GAZETTE