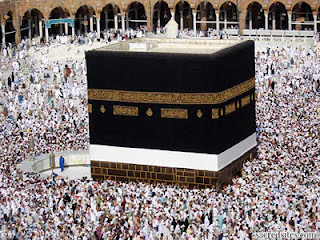 A total of 5,000 hajj seats have been allocated to Sokoto State for the 2017 Hajj exercise by the  National Hajj Commission of Nigeria ( NAHCON).
This is just  as all the states of the federation have been given up to the end of March, this year to complete the sale of the seats.
Director-General Sokoto state Pilgrims Welfare Agency(PWA),Alhaji Ibrahim Umar, disclosed this while inaugurating the sale of the hajj seats to the 23 Local Governments in the state.
He called on the councils to immediately commence the sale of the seats.
Umar said each prospective pilgrim would pay N1million pending the announcement of the final fare by NAHCON.
He each prospective pilgrim was expected to make a minimum deposit of N250,000.
Umar stated that the agency would immediately remit the money to be realized from the sale of the allocated seats to the hajj commission.
The DG called on the ‘Local Government Assistant Hajj Registration Officers and the Local Government Chairmen to be God fearing’, just and fair to all prospective pilgrims across the state.
He cautioned them against hoarding hajj  seats, sale of seats  in bulk to individuals, and selling them to pregnant women or the aged.