November 27, 2022
Home Global All you need to know about the Zamzam well in Saudi Arabia 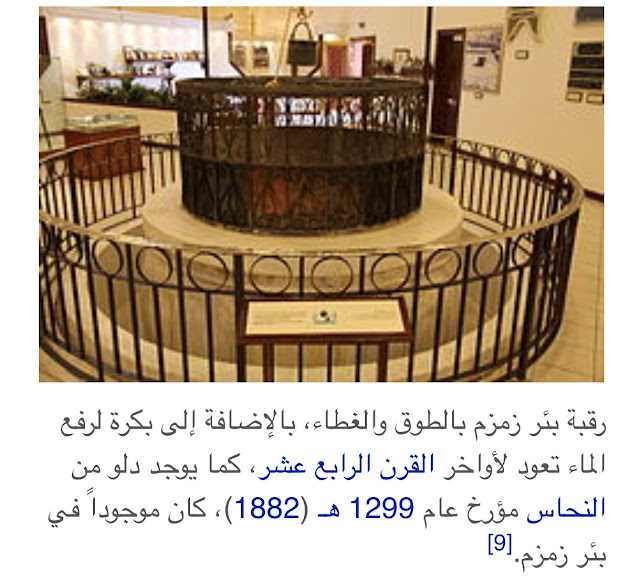 Zamzam Water Site
Located around 20 meters away from the Kaaba, the Zamzam well is a famous destination for pilgrims who visit it to drink from the holy water. It is believed to be the oldest well on earth, as water has been flowing there for 5000 years. The holy well pumps up to 18.5 liters per second and is only 30 meters deep.
The researcher in the affairs of the Two Holy Mosques, Mohieddine Hashemi explained that Islam’s story of the well began when God ordered the prophet Ibrahim to leave his wife Hajar and her young son Ismail in an arid valley, later known as Mecca. When they ran out of water and food, the angel Gabriel (Jibril) made the spring water appear from the ground underneath Ismail. He added that at the time “tribes came from all directions towards Mecca, which became a commercial region for the tribes of the Arabian Peninsula and the Levant. At a certain period of time, Zamzam was destroyed. The grandfather of the prophet Mohammad had several visions, asking him to dig the well again and so he did.
The old building of the Zamzam well was in the middle of the Mataf; it was composed of several floors. It included a copper ring and well cover, in addition to a water wheel dating back to the 14th century. There was also a bucket of copper dating back to 1299; it is now put in the Museum of Architecture of the Two Holy Mosques.
Upon the expansion of the Mataf in 1377 AH, the Zamzam building was removed to facilitate the entrance of pilgrims. In 1400 AH the late King Khaled ordered what became known as the biggest cleaning operation for the well.
120 tons of Zamzam water is transported on a daily basis to the tanks at Al-Masjid al-Nabawi in Madinah. (Supplied)
In 2010, King Abdullah bin Abdulaziz launched a project to build the Zamzam Water Treatment and Filtration station, valued at 700 million Saudi riyals. The station is located 4.5 km away from Al-Masjid Al-Haram. It consists of several buildings extended over 13405 square meters.
120 tons of Zamzam water is transported on a daily basis to the tanks at Al-Masjid al-Nabawi in Madinah through truck tankers with special specifications to protect the water from any damage. Zamzam water is provided in 7000 sterile containers, distributed inside and around the Prophet’s Mosque.
AL ARABIYA