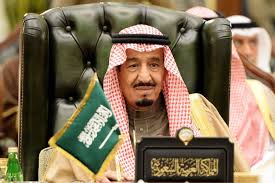 The Chairman of Al-Harithy Travel and Tours Limited Alhaji Kabir Muhammad Adamu has petitioned the Saudi Arabia Government over controversial deductions of guarantor’s monies by their Saudi Arabia partner, Alojour for Umrah and Hajj Services.
In the petition addressed to Consul General, Consulate of Saudi Arabia, Kano Office, Adamu said he had fulfilled all righteousness in the Hajj and Umrah services and despite 2016 being their first outing; they were confident of the experience of Alojour partnership.
According to him, trouble started when two unsuspecting agents brought pilgrims to them which they knew would overstay in the Kingdom after the Umrah (lesser hajj) without disclosing their intention.
He said the two agents have been reported to the appropriate authorities, but regretted that their prosecution was being thwarted by their lawyers.
“When we learnt that some of the pilgrims have absconded from their hotel in Makkah, we notified our partner, Alojour through their manager, Salma Abdallah Fallata and handed over their five seized passports to him to assist in apprehending the absconded pilgrims,” Adamu said.
He said when one of the absconded pilgrims, a female was later identified and handed over to the partner’s manager and paying him SR3,000 to facilitate her return to Nigeria, nothing was done till date.
He said the manager also successfully apprehended 17 passports of other absconded pilgrims and later identified their sponsors, the manager demanded SR7, 500 per pilgrims which he said they declined to pay.
He said: “When recently our partner sent our account statement with them with outstanding credit balance of SR253, 898.20, we contested the statement due to the outrageous deductions from our account by Alojour.”
He therefore asked that the partner duly refunded the illegally deducted monies and reconcile their account with them.
He also demanded the refund of excess charges on unutilized visas.
“We want a reverse of the alleged bank charge of SR29,920 which cannot be substantiated,” Adamu said.
He also want the Saudi Arabia government to ensure that other monies owed them by their partner’s agent on services rendered to their pilgrims were refunded.
Source: Daily Trust