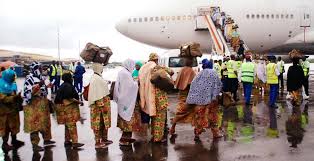 Hajj Reporters
Kwara state government has appointed a new executive secretary for the state Muslim Pilgrims Welfare Boards. This was made known to Hajj Reporters by a highly reliable source. He is Alh Muhammed Raji Jimoh.  Alh Jimoh was appointed to replace Hajiya Fatima Abolore Jimoh, who has been transferred to the state Ministry of tertiary education.
Before his appointment, Alh Muhammed was a board member representing the office of Secretary to the state government in the state pilgrims welfare board.