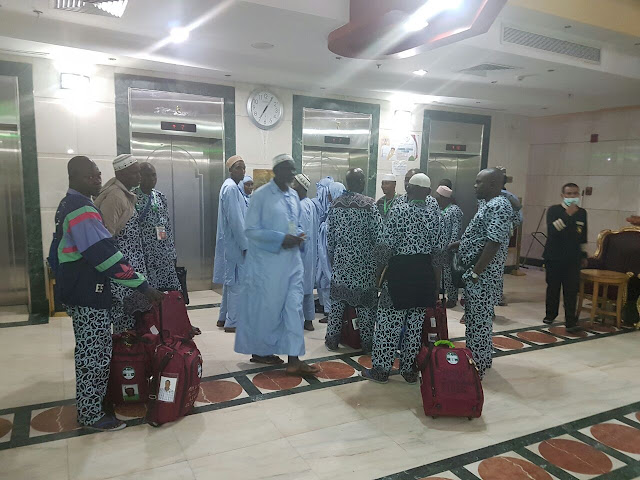 New condition for pilgrim housing ‘unacceptable’
Building owners, investors and Haj housing committee have jointly opposed a new circular issued by the Ministry of Haj and Umrah that restricted the number of pilgrims to be accommodated in a room to four, irrespective of the size of the room.
“This is unacceptable as it goes against a Cabinet decision that calls for a 4-square-km space for each pilgrim,” said Mohammed Bin Abdul Rahman Salman, an investor in Haj housing, while speaking to Al-Madina Arabic daily.

He said owners of buildings have already implemented some of the conditions mentioned in the ministry’s circular such as applying safety measures, providing health services, cleaning and deployment of enough workers and appointment of security guards around the clock.

Munawwar Jameel Al-Fahmi said: “The Haj housing issue is already decided by the Cabinet and it does not require any ministry intervention.”

Walid Mohammed Azizurrahman, an investor, said the ministry’s circular contradicted the Cabinet decision and did not have the backing of the law. “The Haj housing committee is in charge of providing housing facilities for the guests of God. It has been doing its duty efficiently. It has already issued licenses to buildings in Makakh to accommodate pilgrims following certain conditions and principles,” he explained.
“We have been following a good system approved by the Interior Ministry to house pilgrims. There are rooms at buildings and hotels that can accommodate more than six people,” Azizurrahman said. He urged the ministry to withdraw the controversial circular.

Majed Sanari, chairman of the Haj housing committee, said his organization would abide by the Cabinet decision on pilgrim housing. The Cabinet has specified the committee’s mission and there is no change. “Our committee has nothing to do with the ministry’s circular,” he added.

Al-Madina tried to contact Hatim Qadi, spokesman for the Ministry of Haj and Umrah, to get his comment on the issue but he did not respond.

The building owners said they have already signed agreements with investors and Haj missions to provide housing to their pilgrims who come for Haj this year. They said some of the rooms allocated are designed to house eight pilgrims.

“We have been caught off guard by the Haj Ministry’s new circular and it came to us too late,” said Salman, adding that accommodation of eight persons in a room would enable pilgrims to establish close relations with one another.

The Pilgrim Housing Committee in Makkah has emphasized its commitment to the Cabinet decision to regularize Haj accommodation. The ministry’s circular came after the issuance of licenses to buildings and the signing of rental agreements with investors after calculating the capacity of rooms and buildings.
Saudi Gazette report