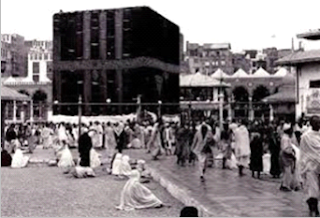 Hajj in the olden days
Organized Hajj: The Pre-colonial Period
The history of organized pilgrimage caravans from Kano dates back to the early nineteenth century when caravans were regularly started from the city. According to the Kano Chronicle, the Isalmization of Hausaland began in the middle of the fourteenth century by Malian wangara traders. Although Hausaland was by this period already on the route of pilgrims from the Western part of the Sudan, nevertheless available historical accounts do not suggest an interest in the pilgrimage among the Hausa rulers and governing class in contrast to the Mais of Bornu.
The longstanding pilgrimage highway of Hausaland known as the Sudan route ran from the cities of Katsina and Kano through Aïr (Agades), the Fezzan and Aujila into Egypt or else across the Nile. The leader of a caravan was known as the madugu under whom intending pilgrims would congregate and travel, often on foot. In the pre-colonial period, there was little formal organization of travelling to hajj and the journey was usually undertaken at the discretion of private individual and groups. The organization was often informally assigned to the madugu who was usually an important personality such as a scholar, wealthy merchant or notable person who automatically assumed the status of the Amiral Hajj (Pilgrims’ Leader). At the beginning of this century groups of pilgrims from the south, especially Yorubaland where the Fulani jihad had established Islam in Ilorin and Oyo, traveled northwards to Kano or Bornu where they joined the caravan. An early English explorer, Barth, who came to Kano in 1857, estimated the city’s population at 30,000 but added that the figure doubled during the main caravan season.
The pilgrims usually visited the rulers in the capital cities of the lands through which they passed in order to solicit alms and “safe conduct”– usually escorts, in case of clear danger, or a standard letter of introduction giving the name of the recipient and the seal of the issuer. However, formal visits to the rulers were not always necessary. In some cases, well-to-do volunteers played host to the passing pilgrims and ulama (Islamic scholars) offered ‘du’a’ (prayers) for safety.
Organized Hajj: The Colonial Period
The British colonial occupation of what is today Nigeria lasted effectively for a century: from 1861 until 1960. The year 1906 marks the real beginning of British administration throughout Nigeria as the North was finally occupied in that year. The British, aware of the potentials of hajj in forging global solidarity among Muslims, wanted to curb the flow of pilgrims in order to protect their own interests in Nigeria. Rigid rules restricted the number of pilgrims while ‘good conduct’ was ensured through surveillance by escorts and at strategic posts along the pilgrimage land routes up to the Sudan. Colonial policy was to discourage contact among the various national segments of the Islamic community. Some of the measures introduced by the British colonial government were modern travel requirements such as passports, immigration control, health regulations and some payment of deposits for services in the holy land.
A positive aspect of these measures was the introduction of motorized trucks buses and, finally, aircraft. As the pilgrims’ transportation facilities were improving to the point where a quick trip was possible, the British came to regard the pilgrimage as less threatening. New travel formalities, combined with modern travel facilities, brought revolutionary changes in hajj organization in Nigeria. As early as 1920, His Majesty, the Emir of Katsina Alhaji Muhammadu Dikko pioneered the Hajj by sea when he traveled aboard a British steam boat from Lagos through London and Cairo. His Majesty was followed in 1927 by the famous Kano businessman Alhaji Alhassan Dantata who traveled by the same means through Morocco and Egypt in company of fifteen persons after obtaining passports from the colonial Resident in Kano. In 1931 the Waziri of Kano, Muhammadu Gidado Dan Malam Mustapha traveled on the hajj by road along with selected family members. Sixteen years after his first journey by sea, the Emir of Katsina traveled by road along with a renowned Kano merchant Alhaji Ibrahim Ringim, who bought a light truck for the Hajj journey. He took along with him his son Alhaji Uba Ringim (then about 15) and his teacher Malam Shehu Usman and joined the Emir’s entourage on a request by the Emir of Kano.
In 1937, the famous Emir of Kano, His Majesty Alhaji Abdullahi Bayero (Sarki Alhaji) traveled on the Hajj by road in the company of forty persons including family members. Two other Kano merchants, Alhaji Muhammadu Nagoda and Alhaji Haruna Kassim, who traveled in 1944 in a truck from Nagoda’s fleet, followed his route. Alhaji Haruna Kassim was to become modern Nigeria’s most prominent private pilgrimage travel agent. 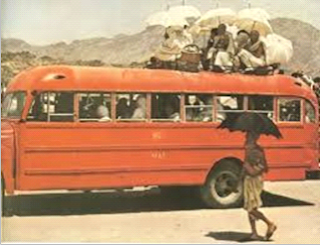 Hajj in the olden days
Organized Hajj By Road
The first fully organized hajj journey by road undertaken by a group from Kano occurred in 1948 when three merchants, led by Alhaj Muhammadu Nagoda, provided lorries for the long trip to the Sudan (the terminus of the land route), charging each pilgrim 20 pounds. The pilgrims then crossed the Red Sea to Jeddah by ship from the port of Suakin near Port Sudan. The journey usually lasted six months. The year 1948 was a turning point in hajj by road. That year Alhaji Mahmud Dantata (1922-1983), jointly with Alhaji Haruna Kassim and Alhaji Ibrahim Musa Gashash, established the West African Pilgrims Association (WAPA). Their aim was to facilitate pilgrimage travel by road and air. Buses and lorries were provided for the road journey that passed through Bornu to Chad and onto the Sudan Republic. Later, when air transport became more readily available, the WAPA established a new corporation, Hajj Air Limited, to handle hajj travel by air . It is not certain which of the two: the Pilgrims Aid Society (PAS) of Kano or the WAPA / Hajj Air Limited pioneered the mass pilgrims transportation by air from Kano, but it is certain that the PAS obtained the approval of the colonial Resident in Kano to airlift pilgrims from Kano in a West African Airways Corporation (WAAC) aircraft. The Director civil aviation in Lagos, gave the approval for the airlift.
Organized Hajj by Air
The prosperous modern business of hajj by air went on side by side with the hajj by road option through the 1950’s. However, hajj by road must have begun to decline by the end of the decade as air travel was becoming popular, safer, faster and cheaper. Perhaps hajj by air was given impetus partly by a recommendation of Alhaji Ibrahim Dasuki who was stationed in Khartoum, Sudan (September, 1960-October, 1961) where he became aware of the considerable obstacles that intending Nigerian pilgrims encountered in the Sudan. Thus, during this period the overland route for the pilgrimage was discouraged in favor of the air route. Pilgrimage by air also received a boost in the late 1950’s as Northern Nigerian leaders began to visit London more frequently for constitutional talks. It became possible to stop in Saudi Arabia on the way home to Nigeria for the hajj or the umrah (a shorter, voluntary visit to Mekkah that can occur at any time of the year, also referred to as the lesser hajj). 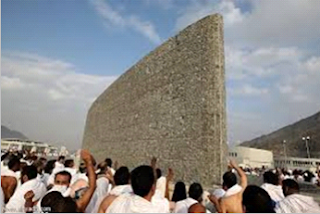 Hajj in the 21st Century 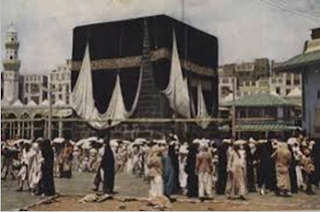 Hajj in the Olden Days