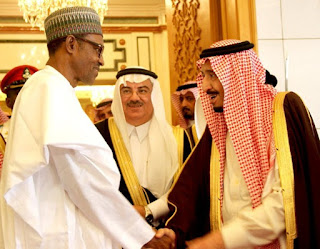 Independent Hajj Reporters, a civil society organisation has congratulated President Muhammadu Buhari over his re-election, urging him to sustain and consolidates reforms he initiated in hajj operations.
A statement signed by the civil society’s national coordinator Ibrahim Muhammad and publicity secretary Abubakar Mahmoud, said: “We acknowledge the commendable achievements recorded in hajj administration under President Muhammadu Buhari which lead to Nigeria being rated as one of the best countries in terms of hajj organisation by the Saudi Ministry of Umra/Hajj.”
The civil society, however, urged the president “to sustain the following policies in hajj:  non- sponsorship of people to hajj which cost previous administration N1.6 billion taxpayers money annually;  discontinuation of dollar concession to pilgrims which allow pilgrims to access dollar at prevailing market exchange rate thereby saving N75 billion in the last four years; making refunds to pilgrims for service not rendered or rendered unsatisfactorily; and giving a flat rate of 800 US Dollars to pilgrims.”
Other policies the Independent Hajj Reporters wants Buhari to sustain are “holding hajj service providers accountable whenever there is failure of service; cancellation of VIP treatment to certain categories of hajj officials; appointment of Jaiz Bank to collect Hadaya on behalf of Nigeria pilgrims; weeding out makeshift private tour operators; provision of five-star hotels for Nigeria pilgrims in Madina; among others.”
The civil society said the continuation of the above-named hajj policies will consolidate the gains and project the image of Nigeria as a country with financial discipline and organizational capacity to manage her citizens anywhere in the world.
Hajj is an exercise that requires massive logistical challenges and therefore requires a gradual and consolidating mode of improving its operations and deliverance of service, the statement said.
The civil society urged President Buhari to retain the national medical team and national media team preserve national unity among hajj officials and pilgrims.