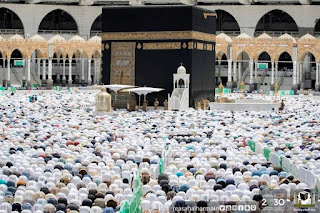 A Chief Magistrates’ Court in Minna on Friday ordered that a 43-year-old man, Usman Bello, accused of defrauding some Pilgrims of N3 million.
The police charged Bello with two counts of cheating and criminal misappropriation, contrary to sections 322 and 309 of the Penal Code Law. Magistrate Nasiru Muazu, who gave the order, adjourned the until March 26 for further mention.
The Police Prosecutor, ASP Daniel Ikwoche, told the court that one Lawal Idris of Garatu reported the matter at the State CID office on Dec.18, 2018.
Ikwoche alleged that the accused obtained N3 million from the complainant under the pretext of securing hajj seats to Saudi Arabia for two of his siblings. He alleged that the accused converted the money to his personal use without providing the hajj slots. When the charges were read to him, he pleaded not guilty. The Prosecutor thereafter prayed the court for an adjournment to enable the police complete its investigations. Leadership Newspaper
Global

A businesswoman heading to Jeddah, Saudi Arabia for Umrah (Lesser Hajj) has been ar…