Riyadh: Saudi ministry of Hajj and Umrah on Friday made it mandatory for all people participating in providing services connected to Hajj pilgrimage to get vaccinated against COVID-19.

Alternatively, they can also undergo weekly testing for COVID-19.

The ministry had earlier announced that it is obligatory for pilgrims who want to perform Hajj this year to take two doses of the vaccine. The Saudi government also announced that the service providers will also have to get vaccinated or provide evidence of being tested negative in the PCR test.

According to Gulf News, the requirement for shop keepers will take effect as of the April 13 when Ramzan is expected to begin. This is mandatory for all shopkeepers of Makkah and Madina to protect the pilgrims from COVID-19.

The annual Hajj pilgrimage is expected to take place on July 17 depending on the sighting of the moon.

In a post on its official Twitter account, the Makkah administration said the decision applies to all shop workers in Makkah and Madina to protect pilgrim who will travel to both cities during the holy month of Ramadan.

This announcement is the latest precautionary measure taken by the Saudi government to protect the pilgrims. 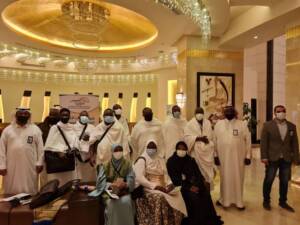 Mandatory for pilgrims too

Earlier reports by Saudi media said that authorities will make it obligatory for Muslims wishing to perform Hajj this year to receive two doses of any COVID-19 vaccine approved by the World Health Organization against.

The pilgrims residing in Saudi Arabia will also have to take two doses of a vaccine approved in the kingdom before the first day of Dhul Al Hajjah, the Islamic month of Hajj.

According to gulf news, foreign pilgrims must also show evidence of being tested negative 72 hours before arriving in Saudi Arabia and all pilgrims will have to go into quarantine for 72 hours during which they will be tested again for COVID-19. 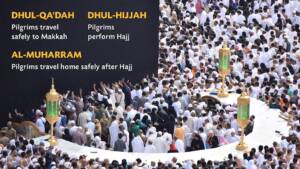 Only pilgrims between the ages 18-60 years are allowed to perform Hajj this year.

To curb the spread of COVID-19, last year’s Hajj was performed by a very limited number of pilgrims who were either Saudi locals or foreigners residing in Saudi A

IN DETAILS: Operational Plan For Ramadan In Masjdi Al Haram

IN DETAILS: Operational Plan For Ramadan In Masjdi Al Haram