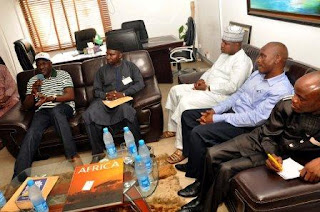 Independent Hajj Reporters, a civil society organisation has tasked Tour Operators to abide by the rules and regulations guiding the conducts of Umrah just as it commended the National Hajj Commission for embarking on Licensing and verification of states pilgrims’ boards/Tour operators’ legal and logistical preparedness to serve Nigeria pilgrims efficiently.
This was contained in a statement signed by its national coordinator, Ibrahim Muhammed.
It said “we charged the tour operators to abide by the rules and regulations guiding the conducts of Umrah pilgrimage as set by the apex hajj/Umrah regulatory agency – NAHCON.”
According to statement on its website, NAHCON said “In line with its Establishment Act of 2007, the National Hajj Commission of Nigeria ( NAHCON) , began a Two -week nationwide office verification exercise of the State pilgrims Welfare Boards/Agencies/Commission applying for Registration license for 2017 Hajj operation. The office verification exercise is part of the conditions for the granting of operational license for states applying for 2017 Umrah and Hajj exercise. The policy which had been a work in progress over the last five years will now take effect this year with states wishing to participate in the 2017 hajj exercise expected to fulfill the registration conditions for grading and licensing. Apart from streamlining the activities of states, the policy is expected to bolster both the administrative and financial capacity and services of state pilgrims welfare boards/agencies/commissions to perform their functions effectively and efficiently”
“While we commended the verification process, we however urge the commission to adhere with its own set standard in carrying out the exercise. The commission should ensure that the result of the verification process is made public. The statement said.
The statement also “hailed the Saudi Arabia government decision to heed the call for the removal of the SR2, 000 tax imposed on Umrah pilgrims.” We welcome the decision of the Custodian of two Holly mosques to cancel the tax imposed on Umrah pilgrims, such decision will endear the Kingdom to the heart of Muslim Ummah all over the world.
According to online newspaper reports, “King Salman bin Abdulaziz has issued a royal decree that will cancel Hajj and Umrah visa fees starting from this year, member of high committee for hajj was quoted as saying. In addition to the cancelling of the newly imposed charges, Saudi Arabia will grant two free visa for each licensed company working in the field of Hajj and Umrah”.
Signed
Independent Hajj Reporters
4th December, 2016