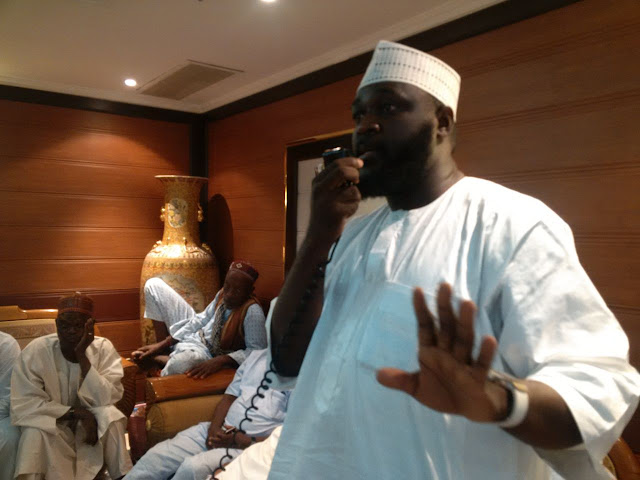 Executive Secretary of the Nasarawa State Muslim pilgrim Welfare Board, Abubakar Hassan Na-Laraba addressing pilgrims during 2016 hajj
Hajj Reporters
The Executive Secretary of the Nasarawa State Muslim pilgrim Welfare Board, Abubakar Hassan Na-Laraba has cautioned 2017 intending pilgrims from Nasarawa State to beware of prohibited items like drugs, cola nut; and advised them against politically motivated propaganda materials that can inhibits their smooth sail journey to the Holly land.
According to him “Government has made adequate provision for for medical drugs and will provides enough medical services needed by pilgrims throughout the hajj period”
This was made know by the Executive Secretary during the final enlightenment lecture organized by the board on Saturday.
The Executive Secretary asserted that there was also provision for the feeding of intending pilgrims twice at Makkah and Medinah, he however cautioned intending pilgrims to ensure that they pay for their hadaya (Animal sacrifice fee) in Nigeria to avoid the inconvenience of solely looking for where to do so in Saudi Arabia.
In his opening remark, the Andoma of Doma stressed on the for intending pilgrims to exhibit high level of maturity while at home and in the holyland. He cautioned pilgrims against carrying prohibited items and applauded the board for organising the event.