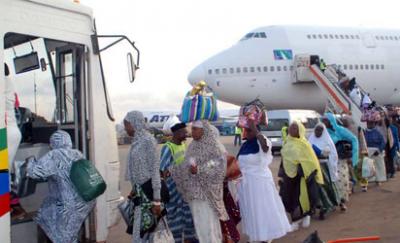 The first batch of Muslims embarking on this year’s Hajj pilgrimage in Saudi Arabia, will leave Ghana on August 10, 2017.
The National Hajj Board has said a total of six flights will fly directly from the Northern Regional capital, Tamale, to Saudi Arabia.
The board has also started publishing the names of Muslims who will be participating in this year’s exercise to minimize the challenges associated with the annual event.
The Head of Communications for the Board, Alhaji A.R Alhassan Gomda, told Citi News his outfit is introducing some new measures to ensure an incident free hajj.
“We want prospective pilgrims to know that the money they have paid has landed in the account of the Hajj board. We have started publishing names of prospective pilgrims whose monies have been received by the Hajj Board through the special account for Hajj operations. We are going to fly 6 flights from Tamale.”
This will be the second time hajj pilgrims will be airlifted to Saudi Arabia directly from the Talame Airport, after the previous government under John Mahama upgraded the airport after completing an expansion project.
The annual pilgrimage to Mecca in Saudi Arabia has over the years encountered many challenges including overcrowding at the Hajj village in Accra; a shelter for persons travelling to Mecca.
But according to Alhaji Gomda, that problem will not occur this year.
He said, “We have used the leverage of IT to ensure that people know, and they are getting alerts on their mobile phones that on this date your flight takes off, so that addresses the issue of overcrowding at the Hajj village.”
The 2017 Hajj pilgrimage will be the first major assignment of the new Hajj board sworn in by President Akufo-Addo.
The board is chaired by former Member of Parliament for Ayawaso Central, Shiekh I.C Quaye.
citifmonline.com/Ghana