January 31, 2023
Home Global [Friday Sermon] Do Not Be Discourage, Do Not Be Weaken And Do Not Grieve; You Will Be Victorious If You Are [True] Believers!!!

In the Name of Allah, the Beneficent, the Merciful

All thanks and praise is due to Allah, we seek His help and forgiveness. We seek refuge in Allah from the evil within ourselves and the consequences of our evil deeds. Whoever Allah guides will never be led astray, and whomever Allah leads astray will never find guidance. I bear witness that there is no one worthy of worship except Allah, alone without any partners, and I bear witness that Muhammad (Peace be upon him) is His servant and Messenger.

Verily, the most truthful speech is the Book of Allah, the best guidance is the guidance of Muhammad (Peace be upon him) and the worst affairs are the newly invented matters (in the religion). Every newly invented matter (in the religion) is a religious innovation, and every religious innovation is misguidance, and every misguidance is in the Hellfire.

“And [remember] when you, [O Muhammad], left your family in the morning to post the believers at their stations for the battle [of Uhud] – and Allah is Hearing and Knowing.” [Qur’an, 3: 121]

These verses ended with a conclusive comment on the outcome of the Battle and the wisdom behind it. Allah The Almighty Says:

“Allah would not leave the believers in that [state] you are in [presently] until He separates the evil from the good. Nor would Allah reveal to you the unseen. But [instead], Allah chooses of His Messengers whom He Wills, so believe in Allah and His Messengers. And if you believe and fear Him, then for you is a great reward.” [Qur’an, 3: 179]

These verses precisely describe the Battle and shed light on hidden feelings and intentions. These verses provide us with great lessons that should be transmitted from one generation to the next. In the following lines, we shall have a quick glimpse at some of the benefits and aspects of the divine wisdom behind this great battle.

In this great Battle of Uhud, disobedience, losing courage disputation and disunity were the reasons behind the Muslims being defeated. The archers disobeyed the command of the Prophet (Peace be upon him) and the Muslim fighters disputed over the war booty (Ghanimah), and these were sufficient to drive away victory after it had been so close. Allah The Almighty Says:

“And Allah had certainly fulfilled His promise to you when you were killing the enemy by His permission until [the time] when you lost courage and fell to disputing about the order [given by the Prophet] and disobeyed after He had shown you that which you love. Among you are some who desire this world, and among you are some who desire the Hereafter. Then He turned you back from them [defeated] that He might test you. And He has already forgiven you, and Allah is the possessor of bounty for the believers.” [Qur’an, 3: 152]

How could those who disobeyed their Lord, disobeyed the command of their Prophet (Peace be upon him) and became disunited seek the victory of Allah?

From this Battle, we also learn that it is very dangerous to prefer the worldly life to the Hereafter because this is a reason for losing the Support and Victory of Allah The Almighty. Ibn Mas‘ud, may Allah be pleased with him, said:

“I did not think that any of the Companions of the Messenger of Allah (Peace be upon him) desired the worldly life until Allah The Almighty revealed on the Day of Uhud the verse:

The great lesson that should be learnt from this is that loving this world too much and being attached to it may creep into the hearts of the faithful and righteous while they are unaware. Therefore, one must examine his soul carefully, and remove anything that might prevent him from responding to the orders of Allah The Almighty or avoiding His prohibitions.

Part of the wisdom behind this Battle (Uhud) was that Allah The Almighty wanted to honour some of His servants by granting them martyrdom (Shahadah), which is one of the highest ranks and degrees man can obtain. He wanted to take martyrs from among His servants whose blood was shed for His sake and who prefer His love and satisfaction to their own souls. Allah The Almighty Says:

Paradise (Jannah) is precious and cannot be attained without passing over the bridge of difficulties and hardship. An easy victory does not last and people do not appreciate its value. Allah The Almighty Says:

One should make good use of the material and spiritual means available along with reliance on Allah The Almighty. The Prophet (Peace be upon him) fought while he was wearing two sets of armour and a breastplate. His Companions, may Allah be pleased with them all, fought alongside him and the angels Jibril and Mika’il, may Allah exalt their mention, defended and supported him with great strength, despite the fact that Allah The Almighty had protected him from being killed.

The believers were purified, and they were distinguished from the hypocrites, while the disbelievers were wiped out as they deserved the punishment of Allah The Almighty, who combined all these benefits when He Says:

“So do not weaken and do not grieve, and you will be superior if you are [true] believers. If a wound should touch you – there has already touched the [opposing] people a wound similar to it. And these days [of varying conditions] We alternate among the people so that Allah may make evident those who believe and [may] take to Himself from among you martyrs – and Allah does not like the wrongdoers – And that Allah may purify the believers [through trials] and destroy the disbelievers.” [Qur’an, 3:139-141]

This is only part of the wisdom and lessons that could be learnt from this Battle, for it is not possible to mention them all here. This great battle is considered a vivid example of the afflictions and hardship that the Muslims Ummah nowadays are suffering from. Indeed, we must reflect on this battle and try to benefit from its lessons. In this critical phase, the entire nation is in a dire need to reconsider its situation, recall its memory, and fully understand the Sirah (biography) of the Prophet (Peace be upon him).

All praises and thanks are due to Allah alone, Lord of the worlds. May the peace, blessings and salutations of Allah be upon our noble Messenger, Muhammad, and upon his family, his Companions and his true and sincere followers. 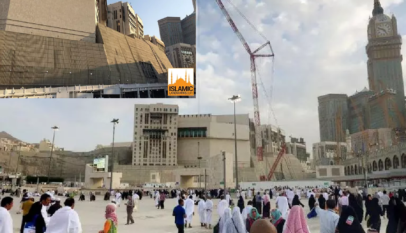