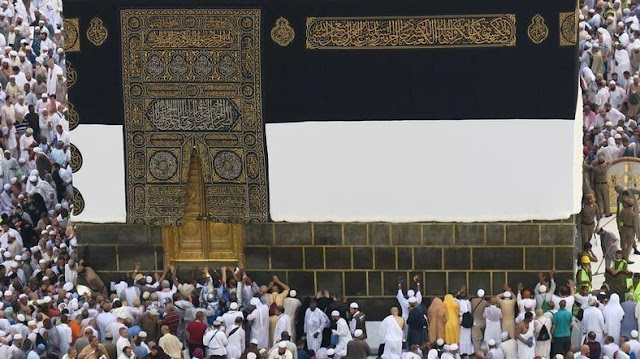 Kano state government has donated hajj seats to three students from the state for their wonderful performance at the just concluded National Qur’anic Recitation Competition, held in Ilorin, Kwara state.

The state Governor, Dr. Abdullahi Umar Ganduje announced this while receiving the contestants that represented the state, who visited him alongside members of the Board of Trustees of the state Qur’anic Recitation Competition.
Dr. Ganduje explained that the gesture would encourage other students to also do well in the next competition.

“Over the years, Kano has maintained a leading position in the country in the national and international Qur’anic recitation competitions. This is as a result of the dedication of our students and the encouragement from their teachers,” he said.

He promised that his administration would continue to support Qur’anic recitation competitions among students as well as promoting Islamic education, to ensure a refined social order.

The governor asserted that very soon, the Ganduje Foundation would organize a Qur’anic recitation competition for children and youths in the state, requesting the support of Ulama and other stakeholders to make the competition successful.

In his speech, the chairman, Board of Trustees of the state Qur’anic Recitation Competition, Alhaji Habibu Muhammad Gwarzo told the governor that although 10 competitors were fielded from Kano for various categories of the annual National Qur’anic recitation competition, only three excelled and were given awards.
Daily Trust
Global