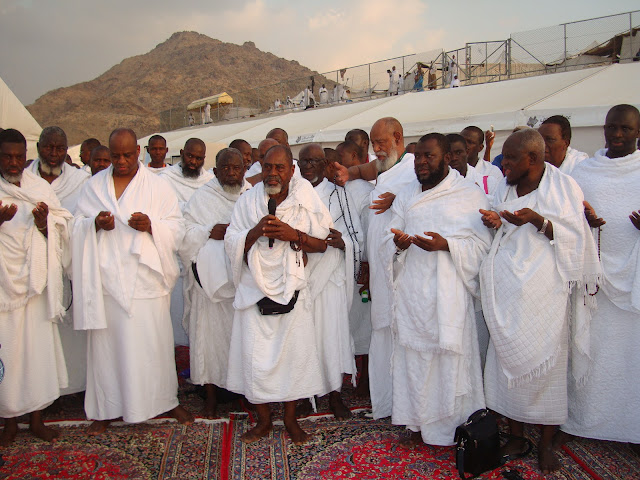 Nigeria Islamic religious leaders praying for the nation in Arafat Ground during 2014 hajj
The head of the Presidential Council of Libya, Fayez Al-Sirraj, has revealed that the Libyan government will bear 50% of the costs of Hajj for Libyans this year.
About 7000 Libyans were picked by a national draw, where Al-Sirraj gave a speech saying that the committee, headed by Ahmed Hamza, will facilitate all needed procedures for Libyans on their religious journey to Mecca.
Source: Libyan Observer