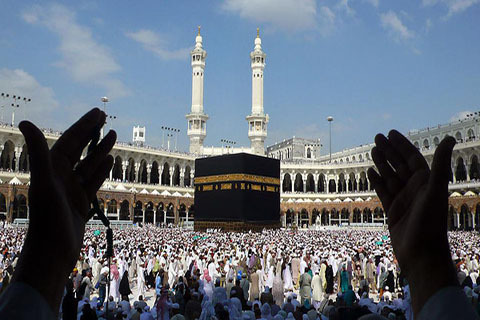 SHARE TWEET
Express Tribune Published: March 10, 2017
Pakistn government has announced that applicants, who have performed Hajj in the last seven years, will not be eligible to apply for the religious pilgrimage under the government scheme in 2017. Hajj-e-Badal will be allowed only through private Hajj scheme.
The decision was taken during a meeting held at the PM House on Thursday regarding arrangements for Hajj 2017. Session was presided by Prime Minister Nawaz Sharif, and he was given a detailed briefing by the Ministry of Religious Affairs.
The premier directed the religious ministry to take initiatives, and ensure better facilities for pilgrims at the minimum possible cost.
He was informed that the annual Hajj agreement for the year 2017 had been signed with Saudi Arabia, and the quota, which was reduced due to expansion of Haram Sharif in 2013, was restored from 143,368 to 179,210.
SC orders action against illegal Hajj operators
Meanwhile, the Saudi Hajj ministry has been requested to enhance the country’s quota by at least 15,000 on the basis of current population of Pakistan.
The PM directed that special attention must be given to make arrangements at the airports; provision of three daily meals in Mina, Arafat and Muzdalfa, and general facilitation for Hujjaj in lodging and travelling.
He said the government would provide all possible support to the Ministry for facilitating the guests of Allah in performing Hajj comfortably and securely.
Minister for Religious Affairs Sardar Muhammad Yusaf said applications for the government Hajj scheme increased from 86,919 in 2013 to 280,617 in 2016. “Over 300% increase in applications in three years is a testament of public confidence and trust in the government,” he was quoted as saying.