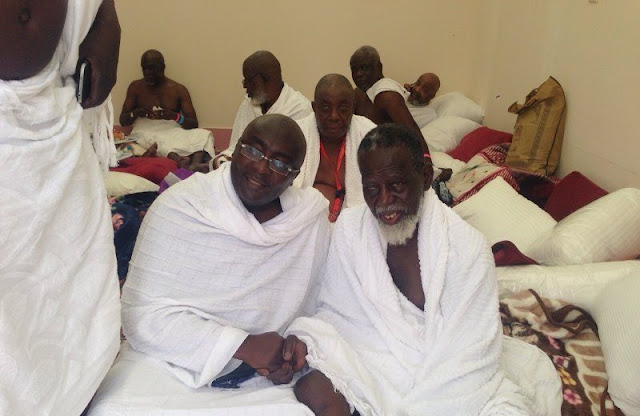 Vice president Dr. Mahamudu Bawumia has announced government plans to provide Ghanaian pilgrims to Mecca food and transportation during this year’s Hajj.
His announcement comes in the wake of reports that government is saddled with outstanding debt of GH¢23 million incurred by the previous Hajj Board.
Although government is struggling to pay off the debt, Dr. Bawumia said the move will help ease the plight of Ghanaian pilgrims while in Mecca.
While interacting with the Muslim community in Sunyani in the Brong Ahafo region as part of his working visit there, he said “It is very stressful when you embark on Hajj. Government is now planning to feed you three times-a-day when to Mecca. It is one surest way of making the Hajj smooth.”
“Another plan by government is to provide pilgrims with means of transport when you reach Mecca. We have realized that transportation is a major challenge. So we will provide buses to wherever you wish to go when you are in Mecca.”
Source:
Ghana/StarrFMonline.com/103.5FM