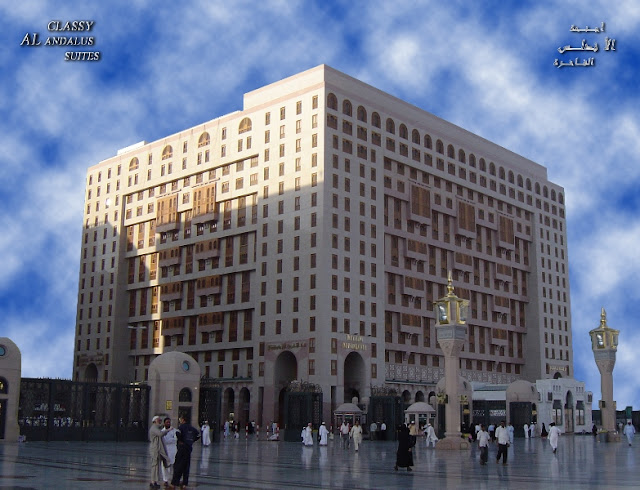 Hajj 2017 Nigeria Pilgrims Accommodation in Madina
Nigeria is in recession. Workers are unpaid. There is hunger in the land. Poverty is everywhere. It makes no economic sense to ignore these maladies and subsidise religious pilgrimages. I believe the reward of feeding hungry citizens is higher than that of subsiding the Hajj.
From Oxford Street to Shepherd’s Bush in London, Souk al Baddu to Khan al Atareen in Saudi Arabia, naira was conveniently spent in the 70s and early 80s, as it was a convertible international trading currency in many countries.
While the naira was hovering high over the dollar and riyals in the bygone years, the currency is hardly recognised today in Maradi or Agadez market in Niger Republic. Even within Nigeria, perhaps because of the level of worthlessness of our lower denominations, the N1 coin, N5 and N10 notes are slowly becoming endangered species.
There have been hues and cries since the announcement of this year’s Hajj package for 21 State Muslim Pilgrims Welfare Boards, the Federal Capital Territory and the Armed Forces by the National Hajj Commission of Nigeria (NAHCON).
While stakeholders explained that about 98 percent of Hajj services rendered by NAHCON in Saudi Arabia are determined in US dollars, those oblivious to the reality that exchange rate is everything to an unproductive economy like ours raised questions.
When we were lamenting the free fall of the naira sometime last year, some Nigerians had quickly began catcalling in a queer rhetorical turn: Da tashin bam gara tashin dala (the rise of the dollar is better than rise in bomb attacks). Isn’t a weak economy concomitant with the rise in vices and prices?
Intending pilgrims are rightly complaining as they have to augment their deposits to be able to go on Hajj. But why should Nigerian pilgrims pay more when pilgrims from other countries pay less?
Despite criticism upon criticism, explanation upon explanation, no one seemed able to explain this year’s increase in Hajj package better than the chairman of Med-View Airline, Alhaji Muneer Bankole. This stakeholder, who has been in the system for over 30 years, succinctly cited issues that led to this year’s increase in the Hajj travel package.
Alhaji Bankole said the rate of foreign exchange in relation to the naira is principally the major cause of this increase in prices. He also explained that airlift of Hajj pilgrims is done on a charter and not schedule basis. According to him, when an aircraft carries pilgrims from Nigeria to Saudi Arabia, it carries no single passenger on its return leg, i.e. when the airlift is completed, the aircrafts used are not allowed to remain in the kingdom, in which case they have to return empty and go back again empty to airlift pilgrims back home.
And again, on each trip, airlines have to pay $6,000 charges for flying over Chad and Sudan to Saudi Arabia.
While others wondered why pilgrims from countries like Pakistan pay less than Nigerian pilgrims for the Hajj trip, an official quipped that Pakistan enjoys some overfly waivers from Gulf Cooperation Council (GCC) member countries. Again, why do international pilgrims pay less than the regular pilgrims? The explanation given sounds cogent to me: While the former spend 17 days, the latter spend 40 days and enjoy certain privileges.
Last year, when the exchange rate was officially N197 to $1, the pilgrims paid less, but government had to cough out N68 billion to subsidise the pilgrimage.
In this year’s budget, the exchange rate is pegged at N305 to $1. So when you multiply it by $4,805, which is the total cost per pilgrim, you will arrive about N1.5 million.
But what a lot of people are unaware of is that the federal government is, in a way, still subsidising this year’s hajj. A top government official told me last week that on each pilgrim, the Nigerian government will have to pay N302,4000 to make up for the prevailing dollar rate. If you multiply this amount by 75,000 pilgrims, you will arrive at over N22 billion.
Nigeria is in recession. Workers are unpaid. There is hunger in the land. Poverty is everywhere. It makes no economic sense to ignore these maladies and subsidise religious pilgrimages. I believe the reward of feeding hungry citizens is higher than that of subsiding the Hajj.
It baffles me how a government that cannot subsidise fuel, garri and rice for the common man will go about subsidising the Hajj pilgrimage for the rich; and it is even more baffling to see a person struggling to put food on the table supporting subsidy for the Hajj.
In his commentary on Quran 3:97, which says, “And, pilgrimage to the House is duty on mankind to Allah for those who can find a way there”, Bilal Philips wrote:
“Similar statements of the Prophet (peace be upon him) define ability as being sufficient provisions and transportation. Hence, a Muslim has to be economically able to make the trip. If he has to borrow the money to make the journey, Hajj is not compulsory on him…”
Jaafar Jaafar, a public affairs analyst and media practitioner, writes from Abuja.
Premium Times