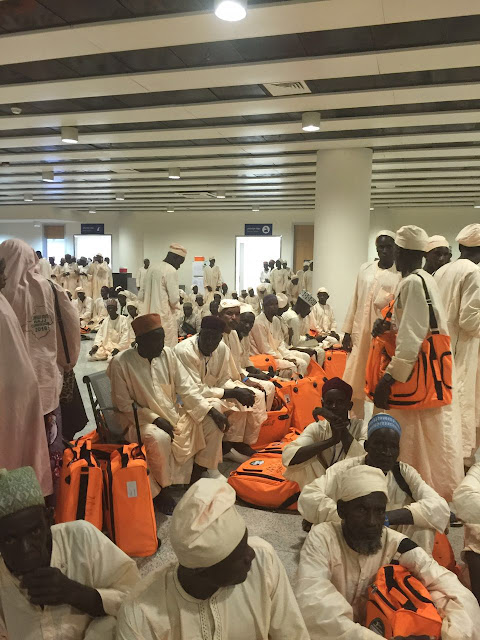 By  Jabiru A Hassan, Kano.

The Kano state pilgrims Board has commenced an eight week workshop for this year’s intending pilgrims across the state  last Saturday at school for Arabic studies in Kano.

Declaring the workshop open, the chairman of the Board who represented Kano Deputy governor Sheikh  Abba Adam Koki announced that  Kano state government is always determined to ensure a hitch-free Hajj operations by educating it’s intending pilgrims as usual.

He disclosed that  the seminar would increase the knowledge of the pilgrims at home and in the holy land.

He emphasized that it will aid and smooth their act of worship and therefore urge them to ensure that they attend the seminar as at when due.
In his remark, the permanent secretary  of the Board, Malam Hamza Yakubu disclosed that  the 2016 Hajj operations was very successful for kano state because the state government  gave all the necessary  support to the pilgrims Board which shows that the  2017 operation would also be successful as usual.

Malam Hamza therefore directed all local governments in Kano state to ensure  that hajj seats should be sold to intending pilgrims based on the rules and regulations for the sales of hajj seat.

He expressed his appreciation to the Scholars who serve as instructors for putting heads together to educate the intending pilgrims in the state.