Niger State Pilgrims Welfare Board has commended the Hajj and Umrah trainers for their efforts throughout the 2022 Hajj operation.

The commendation was given by the Executive Secretary, Niger State Pilgrims Welfare Board, Alhaji Umar Makun Lapai, while attending the conference organized by the Hajj and Umrah Trainers, under the leadership of Mallam Mohammad Liman MashaaAllahu.

The Conference was attended by the trainers across the 25 local Government area of Niger State. 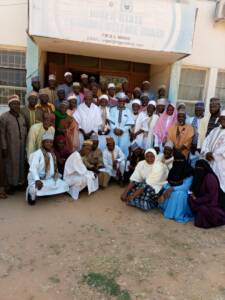 Umaru Makun Lapai, pointed out that the success of #Hajj 2022 and the role played by the Ulama’s was satisfactory.

Makun also task the committee to educate intending pilgrims and the general public on Hajj savings scheme especially for those who cannot afford pay as you go system. 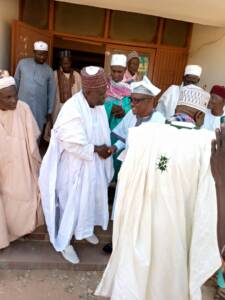 The executive secretary assured the committee of looking into some of their challenges to with a view to find a lasting solution to them.

The Committee commended the board for their support and later conferred the tittle of Khadimul Hujjajj on The Executive Secretary as a mark of honour for a job well done.