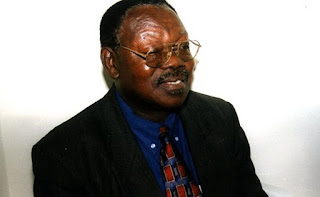 I. C Quaye, Ghana Hajj Board Boss.
The National Hajj Board (NHB) under the leadership of Sheikh I.C. Quaye has appealed to angry New Patriotic Party (NPP) supporters not to fret over the inclusion on the board a man they claim to be a National Democratic Congress (NDC) sympathizer.
The board’s intervention follows the appearance on social media the picture of one of the board members, Mohammed Osman Abdulai aka Manaf when he appeared at an NDC function alongside another person associated with the previous management of the annual religious exercise.
The social media pictures went virile a few days ago about which NPP supporters have vowed to fight claiming that the man is a mole.
The board in its explanation pointed out that “the Saudi embassy being the focal point of the preparation of the Hajj – the inclusion of a staff from the mission on the roll of the board is one of the demands of the embassy. Besides, Manaf, as he is called, has been associated with the Hajj management dealing with visa issues since 2008 under the Kufuor administration.”
According to a statement issued by the NHB, heeding to the demand of the angry and severing links with him immediately would not inure to the success of the Hajj.
“We have observed dismayingly the trending on social media postings depicting Mohammadu Osman Alidu, a member of the National Hajj Board and a certain Muazu, a man who headed the taskforce in the previous hajj management at an NDC activity” the statement said.
The statement noted that there has been a deafening and a rather scathing reaction from a section of NPP supporters who are demanding an immediate withdrawal of the person.
“Mohammadu Osman Alidu, the board member, an interpreter at the Saudi Arabia Embassy has a long standing relationship with Hajj operations dating back to the Kufuor regime; experience from which we are tapping for this year’s annual religious exercise” the statement noted.
According to the board, “Manaf’s presence at the NDC activity, as powered by social media, was spawned by his working relationship with the former Chairman of the Pilgrims Affairs Office, Ghana, Hon Abdul Rauf Ibrahim Tanko whose campaign launch he had to attend as a mark of friendship.”
The board stated that “with an overwhelming desire to deliver a smooth Hajj, we would leave no stone unturned towards achieving the critical goal of a smooth Hajj.”
Regarding a former taskforce head, Muazu, the board explained that “we have not taken any decision about the gentleman and so let calm prevail so we can organize a hitch-free Hajj.”
Global