In view of the controversy generated by the implementation of Hajj Saving Scheme (HSS), among hajj stakeholders in Nigeria, Independent Hajj Reporters, a civil society organization that monitors and enlighten pilgrims in Nigeria and the Kingdom of Saudi Arabia has decided to organize a one-day international conference on the scheme.

The conference will be conducted in conjunction with the National Hajj Commission of Nigeria (NAHCON), Forum for States Muslim Pilgrims Boards/agencies and other relevant partners.

This was contained in a statement signed by the national coordinator of IHR, Ibrahim Muhammed in Abuja.

The conference with the theme: Hajj Saving Scheme resolutions conference will be held in Abuja on a date to be announced soon. 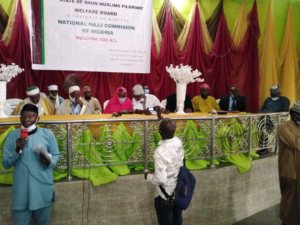 The statement said “since its formal launch on 5TH October 2020, the scheme has generated diverse opinions among the major stakeholders – with some state pilgrims boards kicking against its structure of implementation”.

IHR said it aptly agreed that there is no alternative to long term financial planning within the current framework of hajj activities especially the challenges services being encountered from the one-year calendar cycle being practiced in Nigerian Hajj industry.

However, there is a need to have an all -inclusive review of Hajj Saving Scheme if we are to have a workable and essential supporting structure that will enhance service delivery to Nigerian pilgrims and bring financial stability to the Hajj and Umrah industry in Nigeria.

More importantly, the Chairman/CEO of NAHCON had during the 2022 Hajj Stakeholders conference said this year’s hajj will be conducted using the Hajj Saving Scheme and Pay as you go pilgrims’ registration model.

IHR said the conference will provide an opportunity for major stakeholders like NAHCON, States Muslim Pilgrims Welfare Boards, Hajj and Umrah Operators and the financial institutions involved to deliberate and agree on the legal and operational mechanism to be deployed in the implementation of the Hajj Saving Scheme in the country. 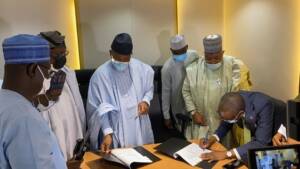 Since the Hajj Saving Scheme is about the pilgrims, there will be provision for virtual participation by intending pilgrims and pilgrims who currently subscribe to the HSS, the statement added

“The conference will bring together leading Hajj financial experts from other hajj participating countries like Malaysia, Indonesia and notable Nigerian Hajj intellectuals that participated in the formation of NAHCON ACT – to shed more light on the spirit behind section 7 of NAHCON ACT – the section that empowers the commission to establish and regulate a Hajj saving Scheme.

“It is noteworthy that the primary sources of major challenges encountered in this year’s Hajj was as a result of the perceived hasty implementation of HSS,” the statement.

It added that the one-day conference will discuss ways to improve Hajj service delivery, especially the operational services to the pilgrims.

It will also x-ray the lapses recorded during the 2022 Hajj with a view to taking proactive steps to halt future re-occurrence, the statement added.

The IHR said “as a civil society whose cardinal objectives is to ensure a comfortable atmosphere for our dear pilgrims to perform their fifth pillar of Islam, it shall continue to advocate for workable policies for the Hajj and Umrah Industry in Nigeria and the world at large”.