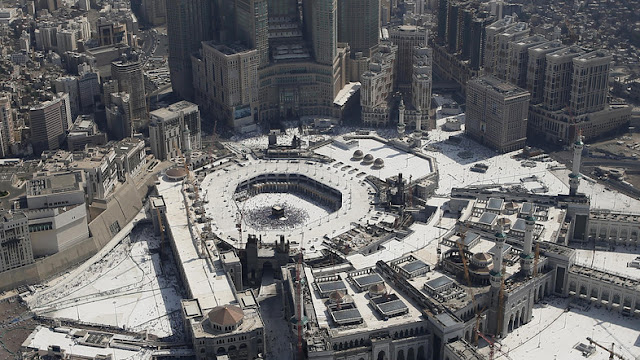 The deadline for the payment of Hajj fares for intending pilgrims from Kaduna State has been extended by one week.
The new dateline for payment of the Hajj fares is Friday June 16.
The Kaduna State Muslim Pilgrims Welfare Board had earlier announced that, intending pilgrims who had failed to register before last Friday’s deadline, would forfeit their chances of going on the pilgrimage.
About 6,327 intending pilgrims are expected to perform the 2017 hajj from the state.
A statement signed by the Public Relations Officer of the Board, Yunusa Muhammad Abdullahi on Monday in Kaduna, explained that the deadline was extended following appeals by prospective pilgrims who had been unable to meet the initial deadline.
The statement quoted the Overseer of the Board, Imam Hussaini Sulaiman Tsoho urging intending pilgrims to make their payments as there won’t be any more extensions.
The Overseer explained that payment would enable the process of acquiring visa to commence and the need to pay the balance of the fare to the National Hajj Commission of Nigeria ,NAHCON, on schedule.
NAHCON has recently approved a flat rate of N1,535,505 as the Hajj fare for Kaduna State intending pilgrims for this year’s hajj in Saudi Arabia.
The Hajj fare was arrived after computation of all hajj components, including accommodation in Makkah and Madinah. Registered pilgrims in the state have already made deposits of between N800,000 and N1.2m with the Board.