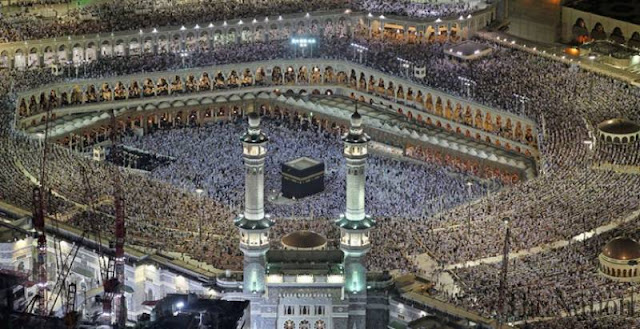 THE National Council of Muslim Youth Organisations (NACOMYO) has called for a downward review of the exchange rate approved for pilgrims to this year’s hajj.
The group, in a statement by its National President, Alhaji Kamal’deen Akintunde, urged the Federal Government to consider the importance of hajj to the nation as “it offers Nigerians performing the journey of a lifetime opportunity to pray for the nation to overcome its various challenges and for the well-being of all Nigerians.”
According to NACOMYO, while not being unmindful of the implications of such a review for the economy, it is noteworthy that the pilgrimage involves strict spiritual observance and devotions by pilgrims.
“Their sincerity of purpose and deep sense of patriotism put the nation at an advantage as the faithful will pray to Allah to guide the nation’s leaders aright and move us from the quagmire,” he added.
The apex Muslim youth organisation stated that the approved rate had resulted in astronomical increase in hajj fare and put a strain on the average Muslims who wish to make it to the holy land.
The organisation stated that the situation would also hold back the National Hajj Commission of Nigeria (NAHCON) from meeting its allocation approved by the Saudi Arabia authorities.
NACOMYO called for understanding on the part of government, stakeholders and managers of the country’s economy, urging them to be tolerant in the interest of nation building.
Meanwhile, NACOMYO has described as “senseless, idiotic and irrational,” the demand of the Arewa Youth Forum for the Igbo to vacate the North.
The organisation said the demand of the northern youths was an aberration capable of undermining the country’s corporate existence and as such, should not be allowed to stand.
According to the apex Muslim youth body,  Nigerians cannot be made aliens in their own country by being restricted to a particular location.
It said no effort should, therefore, be spared by the government at bringing the leadership of the regional group to question.
It commended the federal and Kaduna State governments’ prompt response to the seeming division being orchestrated by the Arewa youths which, it said, has serious implications for the country.