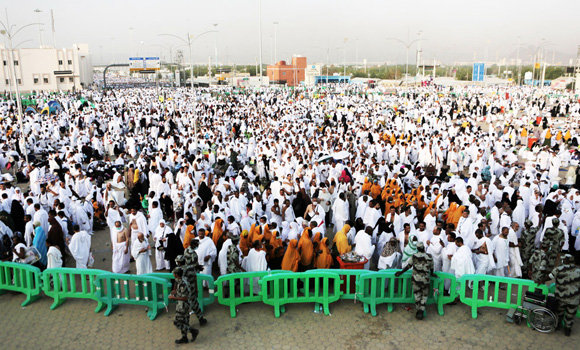 “Thousands of Indonesians are 25 years waiting list before they can perform hajj”
ANTARA News
Saudi Arabian Ambassador to Indonesia Osama bin Mohammed Abdullah Al Shuaibi stated that hajj pilgrims quota has been formulated on the basis of Muslims in each country.

“Therefore, the hajj quota cannot be changed or exchanged for one another,” Osama bin Mohammed Abdullah Al Shuaibi said in a press conference on Tuesday.

The ambassador said that Indonesias hajj quota has returned to the normal figure of 221,000 a year plus an additional 10,000 after the quota was reduced by 20 percent in 2013 due to the renovation of the Al-Haram Grand Mosque in Mecca, Saudi Arabia.

Since 2013 Indonesia and other countries had seen their quotas cut by 20 percent due to the expansion of facilities at the al-Haram Grand Mosque.

Since the renovation work began at the Haram Mosque in 2013, Indonesias hajj quota, like those of other countries, has remained reduced by 20 percent from 211,000 to 168,800.

Indonesia is the worlds largest Muslim majority country, with nearly 90 percent of its total population of over 250 million, being Muslims.

Thousands of Indonesian Muslims are currently on a waiting list of up to 25 years for making the Hajj pilgrimage, owing to the quota restrictions set by the Saudi government so far.

With regard to the waiting list of up to 25 years, the envoy continues to find a solution over the problem.

“In fact, the facilities at the al-Haram Grand Mosque in Mecca is very limited. An increase of Hajj quota is related to the expansion of Haram Mosque,” he remarked.