Kwara State Pilgrim’s response was contained in a letter dated 28TH September and signed by the Executive Secretary of the board, Barr Ganiyu Ishola Ahmed.

In its response, Kwara State Muslim Pilgrims said it registered a total of 1,636 pilgrims for Hajj2020 and Hajj 2021 and stated that the board has refunded 332 pilgrims as at August 27th. It said the remaining 1,636 pilgrims opted to rollover their deposit to Hajj 2022.

The board also responded that it has paid the sum of N418, 570,000 as refunds to interested pilgrims and highlighted the number of pilgrims that paid between N500 – N1million and N1million – N1.5 million

Niger State Pilgrims Boards (Muslim Wing) responded via an email correspondence with details of amount refunded to each local government and corresponding number of numbers of pilgrims that rollover their deposit. 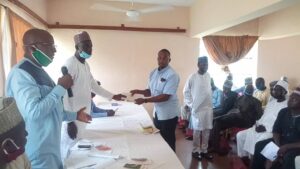 It will be recalled that Hajj Reporters had requested for details of Hajj 2020/2021 registrations and refunds made to pilgrims from some states muslim pilgrims boards and agencies.