According to a blog post from Facebook, Robinson’s page “has repeatedly broken” the platform’s community standards, which delineate what Facebook defines as hate speech. The post stated that Robinson’s page posted “material that uses dehumanizing language and calls for violence targeted at Muslims. He has also behaved in ways that violate our policies around organized hate.” 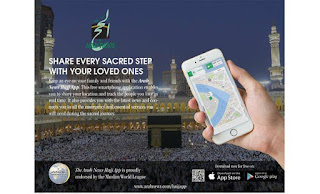 Facebook had sent Robinson, whose real name is Stephen Yaxley-Lennon, a warning that his account would be deactivated if he continued to post in violation of community standards, according to the BBC. In various posts Robinson had called Muslims “filthy scum bags,” urged people to “make war” on Muslims, and urged people to behead those who follow the Koran.

Robinson was arrested in March of 2018 for filming the trial of a grooming gang of 27 men, over half of whom were of Pakistani origin, who were convicted of over 120 offenses against 15 girls.

He was later released on procedural grounds, and was supported by a number of right-wing organizations.

Robinson founded the English Defence League, an anti-Islamic organization, in 2009. He left the organization in 2012.