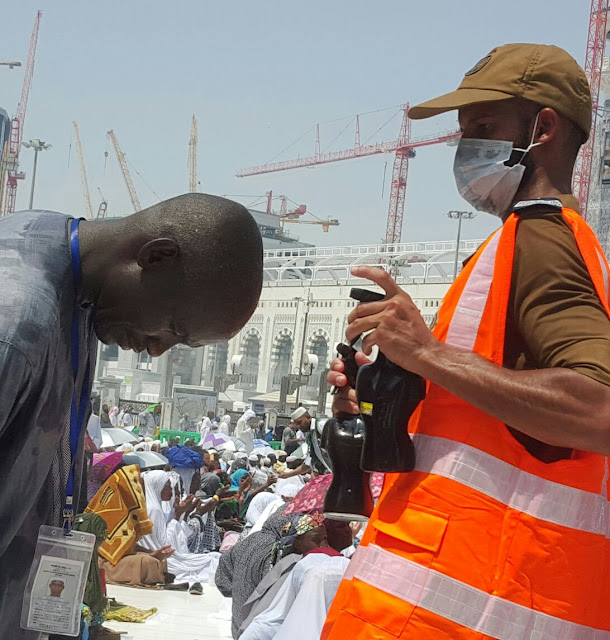 The National Hajj Commission of Nigeria (NAHCON), on Wednesday, said it made wide consultation before deciding the rates of the 2017 hajj fare.
The chairman of the commission, Abdullahi Mohammed, made this known while inaugurating the Aviation Monitoring Committee for the 2017 hajj operation in Abuja.
He said NAHCON did not just fix figure as cost of air ticket, accommodation, feeding and other services for the pilgrims.
He explained that the cost of each component that made up the fare was arrived at after reviewing the entire negotiation and discussions between service providers and NAHCON team.
Mr. Mohammed said the U.S. dollars constituted about 98 per cent component of the
fare, adding that the commission used the dollar to pay for all services that would be rendered to pilgrims in Saudi Arabia.
“So in actual terms, the component that determines the hajj fare is the dollar; the official exchange rate last year was N197 to a dollar but this year, it is N305 and when you multiply it by 4,805, which is the total fare per pilgrim, it will give you about N1.5 million.
“The bottom line is the exchange rate, which NAHCON has no control over. Government considers the sensitivity and the importance of hajj and allows us even to enjoy the official exchange rate.
“If we are to use the prevailing bank rate of N368 to the dollar, the cost will be between N1.8 million and N1.9 million.
“We tried to explain these several times, using all available means and we granted series of press interviews and issued several press releases on the 2017 hajj fare.
“We also published breakdown of the fare on the official website of the commission and released to the public, explaining that we arrived at each component through consensus with stakeholders like the state pilgrims welfare boards and commissions and with relevant government agencies involved in regulating hajj components.
“The cost of air ticket was reached after negotiations between airlines and the commission’s technical team, which comprised representatives from aviation agencies and state pilgrims welfare boards and agencies.”
He added that NAHCON formally communicated to the Nigerian Civil Aviation Authority and requested for advice on the appropriate fare the commission should agree for ticket.
On Basic Travel Allowance (BTA), he said every pilgrim would receive a flat rate of 800 dollars instead of the 750 dollars given last year.
PREMIUM TIMES