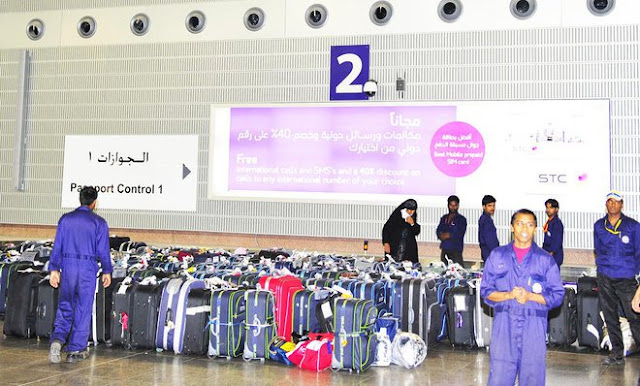 Arab News   – Saturday 4 March 2017
Prince Khalid Al-Faisal, adviser to King Salman and governor of Makkah region, has instructed that a luggage delivery and travel procedures service center be established in Jeddah.
The center, to be built in collaboration with the Integration Development Center, will be completed in five months.

Saudi Arabian Airlines will use the facility. Its location in the Al-Rawdah neighborhood, on Prince Saud Al-Faisal Street, will make it easier for the residents and visitors to navigate the city. Pilgrims traveling through King Abdulaziz International Airport will find the service especially beneficial.

The command came after meetings held by Saudi Arabian Airlines and the Integration Development Center, in which they discussed the possibility of establishing a project similar to the center in Riyadh.

Mohammed Al-Qahtani, legal adviser and assistant director of the Integration Development Center in Makkah, said that Saudi Arabian Airlines has already signed an agreement with a contractor to construct the building on a 2,000-square-meter area.

“Passengers, whether visitors or pilgrims will be able to process the luggage delivery and travel procedures much faster, and that will ease the burden on both airports and passengers, especially at peak times,” said Al-Qahtani.

The center will be established just as Jeddah’s new airport is about to be completed, which will bring in larger numbers of passengers.
Nearly 31 million passengers passed through Jeddah’s King Abdulaziz International Airport last year, an increase of almost 1 million over 2015.