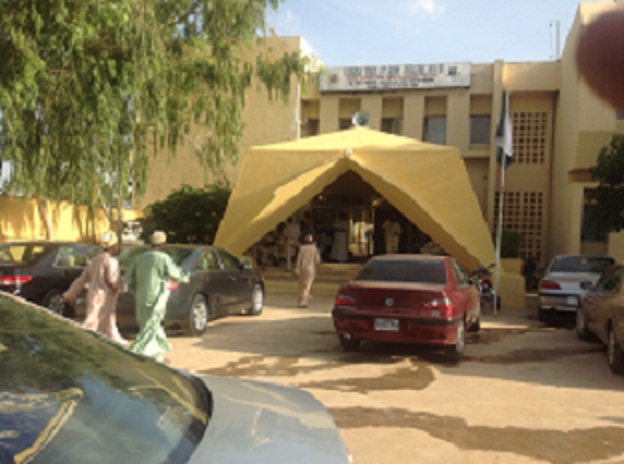 THE Katsina state government has constituted an 8-man public hearing committee to investigate and submit its reports on the anomalies recorded during the 2016 Hajj exercise.
Alhaji Suleiman Safana, the Chairman of the committee announced this in Daura on Wednesday when he addressed a group of 584 pilgrims who performed the 2016 Hajj in Saudi Arabia.
He said the committee was mandated to conduct a public hearing across the three senatorial districts of Daura, Funtua and Katsina to hear from the “horse’s mouth.”
Safana said the decision to form the committee was informed by the series of complaints raised by the pilgrims during and after the Hajj exercise.
He said the state pilgrim’s welfare board was blamed of mishandling the last exercise especially on pilgrim’s accommodation, basic travel allowance and issuance of travel visa to international pilgrims.
Safana said the committee would submit its findings to the state government for necessary action, adding, “We were not here on a witch hunt mission, rather to clarify issues.
A cross section of the pilgrims commended the Katsina state government for providing delicious food and transportation in the Holy land.
Hajiya Saude Tasiu advised the state government to centralise the accommodation of the pilgrims for easy access to the Holy mosques and convenience of the pilgrims.
She lauded the efforts of the state government for donating 300 Saudi riyals to each pilgrim, adding, “We appreciate the gesture.”
Source: Guardian