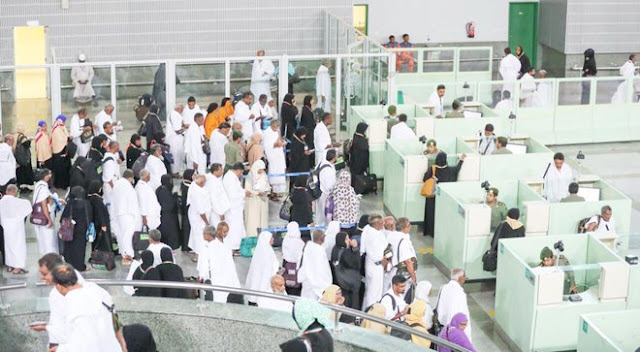 The number of Umrah pilgrims is expected to significantly increase in the coming days of Ramadan, with airlines organizing regular flights from various countries to bring pilgrims to the Kingdom.

The airport administration started preparing early for this Ramadan by implementing a plan involving equipping passenger lounges, carrying out maintenance work and checking baggage conveyors and security gates, among other arrangements, said the director general of the airport, Abdullah bin Massad Al-Raimi.

The plan is being implemented under the supervision of Makkah Gov. Prince Khaled Al-Faisal and the continuous follow-up of Transport Minister Sulaiman Al-Hamdan, who gave instructions to provide the best services to pilgrims from the moment they arrive until they leave, Al-Raimi added.

The plan takes into consideration the security, safety and comfort of pilgrims and visitors, he said, adding that all measures have been taken to increase coordination between all parties on the airport premises.
Arab News