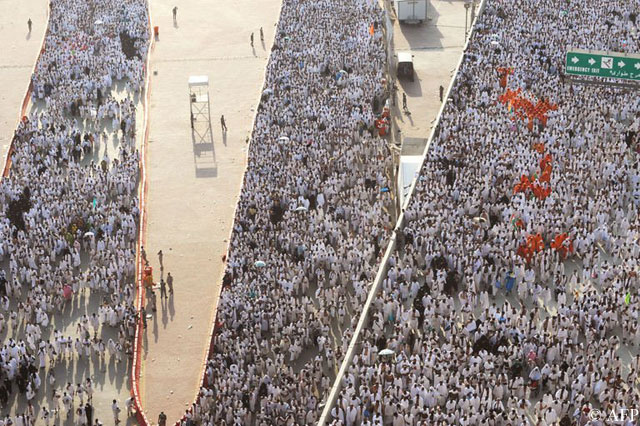 Pilgrims moving on top Jamrat Bridge
Daily Times
The Religious Affairs Secretary of Pakistan, Khalid Masood Chaudhry has stated that measures were taken for speedy clearance of pilgrims on Jeddah Hajj Terminal and said that a formal agreement has been signed with Saudi government in that regard.
Khalid Masood while talking with the delegation of Welfare Organisation Hujaj Pakistan on Friday said that negotiations were going on with PIA officials regarding to reduce the ratio of air tickets.
He said that the government is taking measures to facilitate the pilgrims. The delegation stressed that an additional Hajj quota given by the Saudi government should be given to pilgrims of government schemes as the measures taken by under the government schemes are better than private tour operators. The delegation appreciated the measures taken by Religious Affairs Minister Sardar Muhammad Yousaf.