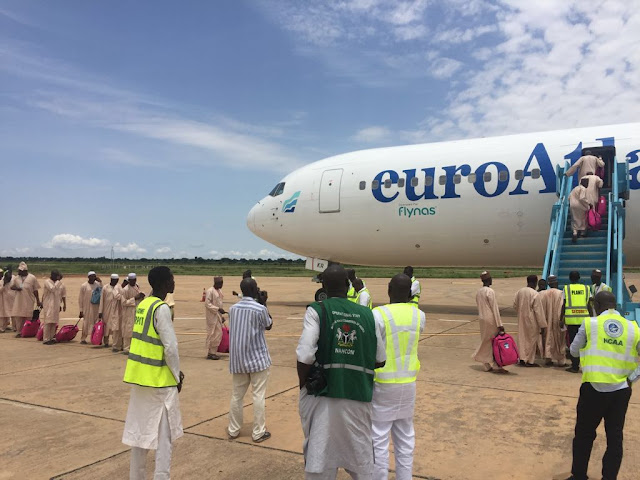 By Abubakar Muhammad, ,Kaduna
National Hajj Commission of Nigeria, NAHCON, has approved a flat rate ofN1,535,505 as the Hajj fare for Kaduna State intending pilgrims for this year’s hajj in Saudi Arabia.In a letter sent to the Kaduna State Muslim Pilgrims Welfare Board by the NAHCON,  explained that the Hajj fare was arrived after computation of all hajj components, including accommodation in Makkah and Madinah.The 2016 Hajj fare for Kaduna intending pilgrims to Saudi Arabia had a minimum seat of N1,019,350:00 with 750 US dollars as Basic Travelling Allowance  (BTA) and N1,068,600:00 as medium fare with 1,000 US dollars BTA.A statement signed by Yunusa Abdullahi the Public Relations Officer of the Board, on Saturday in Kaduna, however said all intending pilgrims for 2017 Hajj are to receive 800 US dollars as Basic Travelling Allowance.“No provision is made for minimum and maximum hajj fares as practised in the past.“Already prospective pilgrims from the state have made deposits of between N800,000 and N1.2m with the Board.,” he said.Mr. Abdullahi said NAHCON has also appointed JAIZ Bank Plc to collect N38,000 Naira from the intending pilgrimsfor the hadaya (sacrificial ram) feesthrough the Board and later remit same to the designated accounts of Jaiz Bank Plc.“All the intending pilgrims are expected to obtain customized bank teller at their respective Local Government registration centresbefore making the payment.The Overseer of the Board, Imam Hussaini Sulaiman Tsoho has urged the intending pilgrims to hasten payment as the process of acquiring visa would soon commence and there is the need to pay the balance of the fare to the National Hajj Commission of Nigeria (NAHCON) on schedule,” he said.He cautioned that defaulters risk forfeiting their chance to make the trip as NAHCON has also fixed deadline for remittance of the fare.