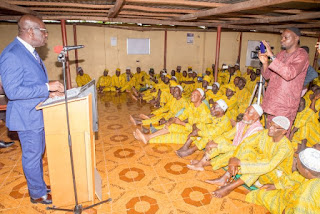 The National Hajj Commission of Nigeria, NAHCON, has commended Governor Godwin Obaseki of Edo State, for his untiring support towards the success of the state’s Muslim Pilgrims’ Welfare Board.
The feats according to NAHCON were accomplished by the state’s Welfare Board, both during Hajj season and beyond, as a result of the governor’s moral and financial backing. A statement signed by Head, Public Affairs Division of NAHCON, Hajia Fatima Sanda Usara, stated:
“Mr. Obaseki’s sincere show of interest and participation in activities revolving around Hajj and the Muslim community in Edo State have aided in building NAHCON’s unalloyed confidence in his administration. Edo State Governor, Mr. Godwin Obaseki
“These exemplary acts have manifested in the manner in which the State’s Pilgrims’ Welfare Board constantly seeks the Governor’s fatherly counsel in matters concerning progress of Hajj activities in the state. Breaking: Police raid homes to stop Valentine’s Day celebrations in Indonesia The Commission reaffirmed its readiness to partner with the government and people of Edo State in advancing the state’s vision for a greater Nigeria and success of the yearly pilgrimage.