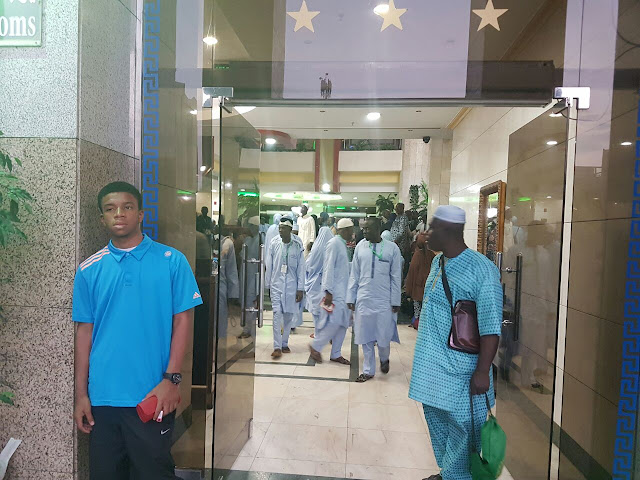 One of Nigeria Pilgrims Accommodation in Madina during Hajj 2016
The National Hajj Commission of Nigeria (NAHCON), has disclosed that its new operational policies saved Nigerian pilgrims  about N1.8billion on accommodation during the 2016 Hajj operation.
The commission also accused one of its service providers, Arewa Foundation of lack of understanding on how NAHCON works. Chairman of the Commission, Mukhtar Muhammed, in his submissions before the House of Representatives Committee on Public Petitions, explained that certain reforms introduced in the payment system to service providers had revealed that the agents were taking undue advantage of states in accommodation charges during Hajj operations.
“Since the introduction of electronic payment directly to property owners, accommodation cost crashed, we saved about N1.8 billion in 2016,” he said.
Arewa Foundation had petitioned the House of Representatives over alleged irregularities in the 2015, 2016 Hajj operations.
Muhammed, while responding to the petition  noted that the charges for  which the petitioner based his complaints, pre-dated his appointment as the commission’s chairman.
He emphasised that sections 11 and 12 of NAHCON’s establishment laws empower the commission  to collect service charges.
“It is a yearly practice that we prepare our budget for income and
expenditure, and this we do for the approval of Mr. President. So this is a total misrepresentation of facts,” he said.
While responding to allegations  of increment in the volume of minimum share capital of between 2 million and 5 million Riyal for service providers, Muhammed explained that the decision was based purely on a risk-guarding plan to ensure that only credible and reputable companies are involved in Hajj operations.
According to him, dealings with service providers by individual states were done transparently without the intervention of NAHCON, as states make their choices after the commission completes screening interested firms.
LEADERSHIP