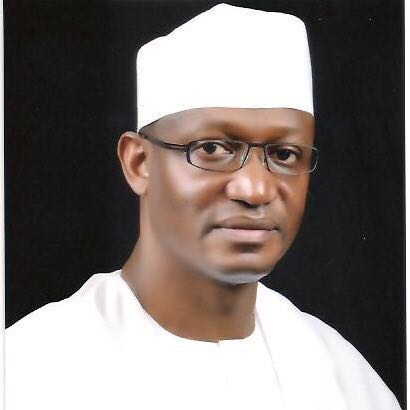 NAHCON Chaiman, Barr Abdullahi Muhktar Muhammed
The National Hajj Commission of Nigeria (NAHCON) will sponsor 40 percent of medical personnel and 70 percent of medical consumables for 2017 Hajj.
The State Muslim Pilgrims’ Welfare Boards, Agencies and Commissions will sponsor the remaining 60 percent medical personnel and 30 percent consumables during the Islamic ritual.
This was done to allow the states save cost and effectively manage medical service delivery to the Nigerian pilgrims for this year’s Hajj, NAHCON said in a statement Wednesday.
The statement signed by the commission’s head of media, Uba Mana, said “with the policy which was initiated and partly implemented in the last Hajj, NAHCON will provide 40 percent of the total required medical personnel while state will complement the remaining 60 percent. Also, the Commission will provide 70 percent off all medical consumables while state will be left to provide the balance of 30 percent.”
Briefing senior management staff of the commission on the development, the Chairman/CEO of NAHCON, Barr. Abdullahi Mukhtar Muhammad, reiterated the resolve of his leadership to ensure that Nigerian pilgrims receive the maximum services due to them during the forthcoming Hajj through the initiatives being introduced in all the critical components of Hajj including accommodation, feeding, medical amongst others.
He said that the medical reform was commended last year by the Saudi authorities which expressed happiness with Nigeria reducing the number of clinics in the Holy Land. He gave an instance of Pakistan with over 260,000 pilgrims but with only one big clinic in Makkah and about 150 medical personnel, as compared to Nigeria which before the 2016 Hajj used to have many clinics and thousands of personnel to serve 75,000 pilgrims.
“These medical personnel are needed in our hospitals. The reform will drastically reduce the number of personnel who would be useful in our state and federal hospitals and medical centers,” he said.
Barr. Muhammad urged the state boards to fully key into the system for a more coordinated, efficient and effective medical service delivery as personnel would be posted to states other than their origins for them to share ethno-cultural experiences, thus enhancing national integration and coexistence through Hajj. This is also done in the allocation of accommodation to pilgrims in Madinah