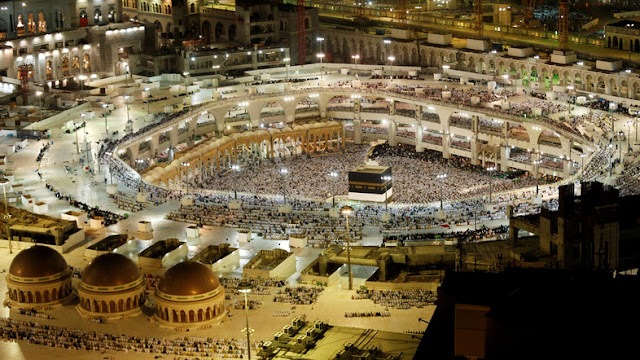 The National Assembly will seek special dollar exchange rate for both Christian and Muslim pilgrims, a member of the House of Representatives (APC-Sokoto), Dr. Balarabe Salame, has said.
Salame, who is also the Chairman, House of Representatives Special Committee on Nigerian-Saudi Arabian on Hajj, made the disclosure on Thursday in Sokoto.
He spoke at the maiden edition of the Stewardship Forum organized for both the state and national lawmakers by the state Council of the Nigeria Union of Journalists (NUJ) in collaboration with the All Progressives Congress (APC) in the state.
The lawmaker said:” The gesture is to lessen the sufferings of prospective pilgrims and to enable more Nigerians to perform pilgrimage to in Saudi Arabia and Israel.
” The Federal Government gave an exchange rate of N360 to a dollar this year and this is on the high side.
” This is why the 2017 Hajj fare for Muslim pilgrims soared to N1.52 million per prospective pilgrim.”
The lawmaker lauded the efforts of President Muhammadu Buhari-led administration on the fight against corruption.
” Corruption is everywhere, even in the religion circle and more should be done to tame the socioeconomic monster,” he said.
Salame also lauded the efforts of the Federal Government in securing the lives and property of Nigerians.
He urged the government to establish warehouses at the nation’s borders for vehicle importers instead of outright ban on vehicles importation.
” With this in place, importers can bring in vehicles, pay the appropriate duties and move them into the hinterlands, rather than the outright ban of vehicles through the land borders,” Salame said.
Tribune