November 26, 2022
Home Hajj News New Zealand Will Broadcast the Muslim Call to Prayer on TV and Radio this Friday 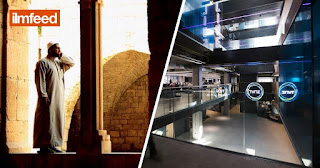 New Zealand will broadcast the Muslim call to prayer (adhan) on TV and radio this Friday to mark a week since 50 people were martyred at two mosques in terrorist attacks in Christchurch.
A two minutes silence will also be observed to remember the martyrs.
On Tuesday, verses from the Qur’an were recited in the New Zealand parliament whilst MPs stood out of respect.
National broadcasters TVNZ and RadioNZ will broadcast the call to prayer which is chanted in Arabic to let the faithful know that it is time to pray.
The announcement was made by New Zealand’s Prime Minister Jacinda Ardern during a press conference,
“I know from many there is a desire to show support to the Muslim community as they return to mosques, particularly on Friday.
“There is also a desire amongst New Zealanders to mark the week that has passed since the terrorist attack.
“To acknowledge this, there will be a two-minute silence on Friday. We will also broadcast nationally via TVNZ and RadioNZ the Call to Prayer.”
illmfeed