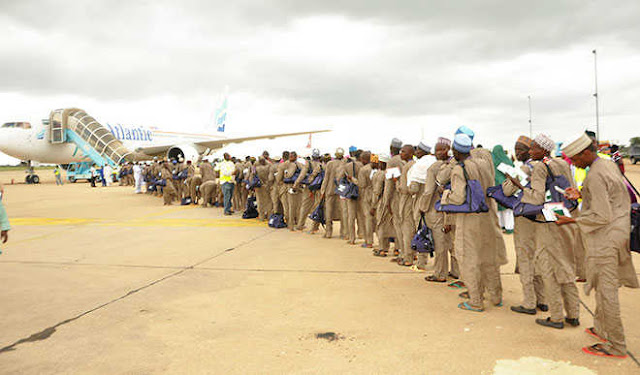 Intending pilgrims for the 2017 hajj operation who could not meet the June 5 date for the final payment of their fares will have their forms withdrawn, the Niger State Pilgrims Welfare Board has warned.
Intending pilgrims from the state had earlier paid the initial deposit of N1.5 million while awaiting the National Hajj Commission (NAHCOM) to announce the tentative fare before the difference could be paid.
According to the fare announced by NAHCOM and made available by the Chairman of the state Pilgrims Welfare Board, Alhaji Idris Adamu Zungeru, during the joint meeting of the management, board members and the area pilgrims welfare officers from the local government areas yesterday in Minna, each intending pilgrims is to pay N1, 525, 500 as the tentative fare for this year’s operation.
Alhaji Idris Zungeru said this would not include Hadaya which is optional, adding that intending pilgrims willing to pay Hadaya through the Board was to raise a bank draft of N38,000 from Jaiz Bank.
He said intending pilgrims had up to June 5 to effect the remaining balance as NAHCOM only gave state offices just 10 days’ grace to pay up.
He gave area pilgrims welfare officers three days to put the balances together from respective intending pilgrims from their local government areas, adding that any pilgrim who failed to so should consider the application form/slot allocated to him or her invalid.
Daily Trust