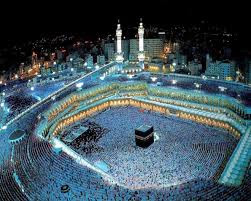 In a bid to ensure that Muslim pilgrims from Ogun State fully utilize the slots allocated to the state by the National Hajj Commission of Nigeria (NAHCON), the State Muslim Pilgrims’ Welfare Board has introduced a flexible payment plan that would allow intending pilgrims pay one million naira (N1,000,000.00) in installments.
The board’s Executive Secretary, Alhaji AbulHakeem Kalejaiye, who made this disclosure in Abeokuta, however indicated that the staggered payment would not be for more than four times, saying the plan would reduce the challenges confronting some intending pilgrims.
Kalejaiye also revealed that those who wish to embark on the 2017 exercise could start paying on or before March 31, 2017 by obtaining application forms at the rate of ten thousand naira (N10,000.00) each. According to him, they have to make additional payment of Seven Thousand Five Hundred Naira (N7,500.00) for laboratory tests and insurance premium.
Assuring of a hitch free exercise, the Board’s Secretary urged intending pilgrims to take note of the payment plans, warning that no extension would be granted.