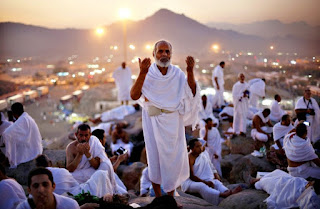 The parliament on Wednesday passed the amendment to Pension Act to allow the Pension Fund to be used to finance Hajj pilgrimage.
Hithadhoo North MP Mohamed Aslam’s proposal was passed by the Social Affairs Committee without any amendments. The bill was approved by a unanimous vote by the parliament, receiving 69 votes in favour.
The amendment to the Pensions Act was passed after the fourth time it was placed on the agenda. The speaker refused to call a vote previously as the quorum was not met.
Article 86 (b) of the constitution and Article 37 (5) of the parliamentary regulation state that anything related to the affairs of the citizen will only be cast for a vote if more than half of the MPs are present at the parliament.
Aslam’s proposal will only allow the utilisation of money from the Retirement Savings Account to finance Hajj Pilgrimage for first-timers. The government will only release 50 percent of the official amount for Hajj declared by the state.
According to the new amendment, the procedure to issue the money from the Pension Fund must be implemented within three months after the bill has been ratified.
President Ibrahim Mohamed Solih’s first 100-day pledges include the utilisation of pension funds for Hajj pilgrimage.
According to the amendments made by Aslam, the new law should indicate the number of people who will be allowed to make use of their Pension Funds for Hajj. Furthermore, the bill states that the Board of Maldives Pension Administration Office will decide on how to issue the funds.
In addition, the bill includes the distribution of a monthly allowance of MVR 5,000 to citizens above the age of 65. While the constitution currently stipulates a monthly allowance of MVR 2,000 to senior citizens, former President Abdulla Yameen’s administration had hiked the amount to MVR 5,000.
The Edition