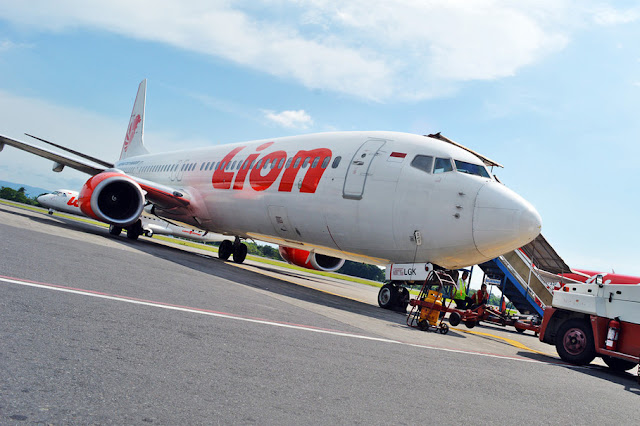 Jakarta Globe
Saudi Arabia now allows unlimited flights from three more cities in Indonesia as part of an agreement to increase bilateral ties between the two countries, Transport Minister Budi Karya Sumadi said on Thursday
Under the agreement, Saudi Arabia will allow regular flights into its airspace from Solo in Central Java, Balikpapan in West Kalimantan and Makassar in South Sulawesi. Previously, Saudi only allowed flights from the cities during the hajj season.
Indonesia has the largest Muslim population in the world and has a 13-year waiting list for the hajj pilgrimage.
More and more Indonesians also travel to Saudi Arabia for umrah, or mini-hajj, which can be done at any time of the year.
“We need to have regular flights [to Saudi Arabia] from these cities, especially since we have such a large number of hajj and umrah pilgrims every year,” Budi said.
Saudi Arabia has restored Indonesia’s “hajj quota” to 211,000 pilgrims this year, after cutting it 20 percent to 168,000 in 2013 due to extensive renovations at Masjid al-Haram, Mecca’s grand mosque that surrounds Islam’s holiest place, the Kaaba.
The minister said Solo, Balikpapan and Makassar were chosen for their strategic locations, offering easy access to pilgrims from all over the archipelago.
At the moment only Jakarta, Surabaya and Medan host regular flights to Saudi Arabia.
Budi said his ministry and Saudi Arabia’s General Authority of Civil Aviation are working on how the countries would divide flight slots for different airlines.
“We hope to complete that in the next two or three months,” Budi said.
Indonesia’s flag carrier Garuda Indonesia and its largest budget airline Lion Air are the only local airlines offering flights to Saudi Arabia for the time being.
Their direct competitors will be Saudi Arabian Airlines and several other airlines from the Gulf and Asian countries.