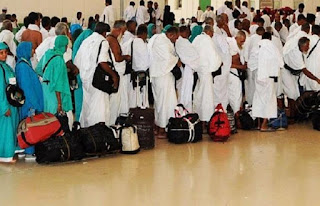 JEDDAH — The Saudi authorities have made arrangements for the accommodation of Pakistani Umrah pilgrims in hotels in Makkah and Madinah after Islamabad’s decision to close its airports and airspace and suspension of most flight services following heightened tensions with neighboring India.
The Ministry of Haj and Umrah, in coordination with the Makkah and Madinah emirates and the General Authority of Civil Aviation (GACA), are hosting the Pakistani pilgrims, who are scheduled to depart the Kingdom during these days, until their return to Pakistan.
This was in coordination with airlines to arrange re-booking for them, the ministry said in a press statement, carried by the Saudi Press Agency. “A working team has been set up for this purpose and this was with a following up by Minister of Haj and Umrah Mohammed Saleh Benten and Deputy Minister Dr. Abdul Fattah Mashat.
The Umrah companies and establishments have been directed to provide accommodation for the Pakistani pilgrims. “Those pilgrims who are scheduled to depart the Kingdom through King Abdulaziz International Airport in Jeddah are being given accommodation in Makkah hotels, while those who are to travel through Prince Mohammed International Airport are given accommodation in hotels in Madinah,” the statement said.
The Ministry affirmed that these measures are part of the directives of the Saudi leadership to provide the best-ever possible services for the pilgrims as well as the Ministry’s keenness on the safety and well-being of the pilgrims. — SG