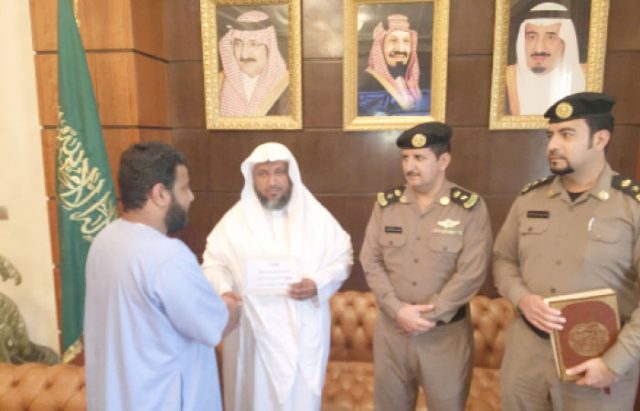 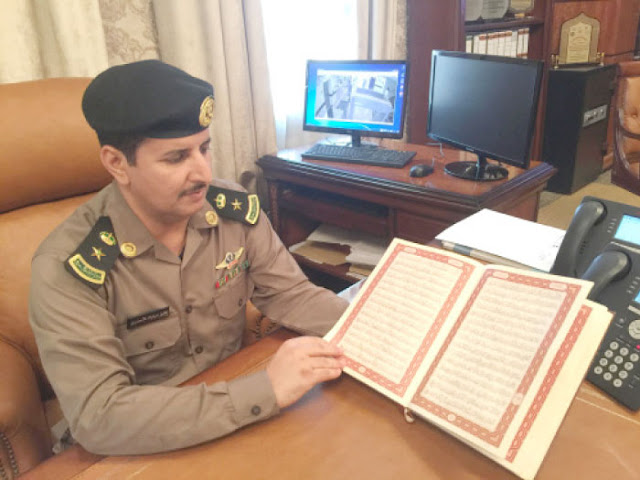 1.The Saudi inmate of Dhahban prison in Jeddah being recognized for his efforts to write all chapters of the Holy Qura’n by hand in just four months.
2. Copy of of the handwritten Qura’an
Saudi Gazzete
An inmate in Dhahban prison in Saudi Arabia has written the entire 30 chapters of the Holy Qur’an by hand in just four months.
He has also enumerated and punctuated all the verses.
A Saudi philanthropist visited the prison and asked the prisoners to participate in the competition he named “By my hand I wrote the Qur’an”.
He gave the participants three years to complete the work and promised to give them feasible prizes. “By organizing the handwriting contest, I wanted to help the inmates memorize the entire Qur’an by heart,” said the philanthropist, who was not identified.
A Saudi inmate was able to finish the job in just four months and came first in the competition.
He said it took him three months to write the chapters of the Holy Qur’an and another month for the numbering and punctuation of the verses.
“I had already memorized 20 chapters of the holy book by heart and was able to memorize the remaining 10 chapters when I finished handwriting the Qur’an,” he said.
He said the contest was not limited to Dhahban prison only but also covered many other prisons in the Kingdom and some other Gulf countries. “At first I was hesitant. I never believed I could write the whole book by hand but when I started the job, it became easy day after day,” he said.
He said his handwritten copy of the Holy Qura’n has been sent to the authorities concerned for final checking.