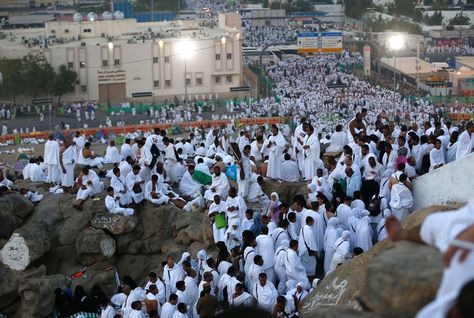 The Special Criminal Court in Riyadh In Saudi Arabia sentenced on Sunday a Syrian Daesh terrorist to 12 years in prison after convicting him of planning to carry out suicide attack against the security forces taking part in Haj operations.
He will be deported after serving the jail term.
The court also ruled to seize his flash drive memories containing Daesh logos and other offensive materials, and banned him from using twitter and other social networking sites.
The court found him guilty of posting several tweets asking his social media followers to pray for him to carry out the suicide mission successfully.
He was also convicted of several other charges, including pledging allegiance to Daesh leadership, embracing deviant ideology, disobeying rulers, spreading deviant ideologies through social media and posting tweets offensive to rulers and the security personnel
Okaz/Saudi Gazette