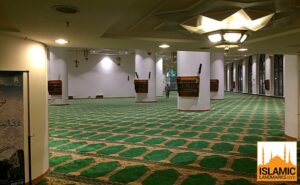 • Asma (رضي الله عنها) says: “Our grandfather came to us and said, ‘Your father has shocked you with his migration to Madinah, and seems to have put you to further hardship by taking all his money with him.’ I said, ‘No grandfather, do not worry. He has left a lot of money for us.’ I collected some pebbles and deposited them in the recess where my father used to keep his money and covered it with a cloth. I then took my grandfather to the place and placed his hand over the cloth. He thought that the recess was really full of dirhams. He remarked: ‘It is good that he has left something for you to live on.’ By Allah, my father had not left a single dirham for us, I played this trick simply to pacify my grandfather.” This was the spirit of self-sacrifice imbued in the Muslims of that time.
•
• The Prophet (ﷺ) once said, “Nobody’s wealth has benefited me so much as that of Abu Bakr (رضي الله عنه). I have compensated everybody for the good done to me, except Abu Bakr. He shall be compensated by Allah Himself.”
Source: Islamic landmark