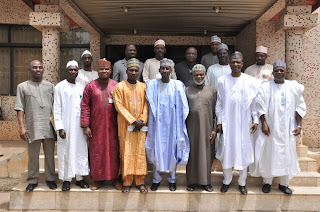 The verification/licensing of tour operators and States pilgrims welfare boards exercise embarked upon by the apex hajj regulatory body –Nahcon, provides an opportunity to revisit the efficiency of regulatory agencies in the country. A regulatory agency is a governmental body that is created by a legislature to implement and enforce specific laws. It has quasi-legislative functions, executive functions, and judicial functions.  The twin responsibility bestowed on regulatory agencies like NAHCON is to implement and enforce laws enacted by the legislature because regulations are the means by which a regulatory agency implements laws enacted by the legislature.
Hajj is an annual exercise that involves transporting millions of Muslims from Nigeria to Kingdom of Saudi Arabia . Many government agencies and institution are directly involves in hajj exercise. Nigeria Civil Aviation Authority, Immigration, Nigeria Drugs Law Enforcement Agency, National Orientation Agencies, Security agencies and religious volunteer groups. Such an exercise deserves a robust regulation that will delineate the expected roles of each and every part that form the whole.
Lack of cohesive regulatory enforcements birthed inefficient institutions that resulted in epileptic services delivery by public institutions in the country. Prior to this, I used to wonder whether there is a hajj regulatory framework that can sanitize the system.  I have heard many stories of how mushroom travel agencies extort money from ignorant pilgrims and disappear.  Some hajj service providers rely on the weak regulatory mechanism to provide inefficient services to pilgrims. There are numerous tale of how pilgrims were swindled because the perpetrators of this crime enter the hajj system through the backdoor.

Now that NAHCON has wake up to its responsibility of providing legal and operational framework that will serve as compass to Hajj and Umrah pilgrimage, they should endeavour to complement it with programmes and policies that serve the interests of Nigeria pilgrims. I proffer and all round hajj service providers’ verifications mission.

For this to be achieved, there is need to review NAHCON establishment Act 2006 to give more flexibility and widen its scope of operational mechanism. There are two tier of hajj operating structure. There is National hajj commission of Nigeria and States Muslim Pilgrims Welfare Boards and agencies. Pilgrims from anywhere in Nigeria undergoes the same process: Transportation to and fro Saudi arabia, accommodations in Madina and Makkah, feeding, documentations, perform the same hajj rituals and  medical services.
Therefore, centralized system with provision for delegations of operational structure will unify the two tiers, to effectively manage hajj exercise in the country. Secondly, hajj is going digital and new innovations and policies are being created by Saudi Hajj and Umrah Ministry. Pakistan, Indian, Indonesia, Malaysia and Bangladesh operate a centralized system of hajj operation. The very reasons they are always ahead of other countries in terms of organisations.
For example, section 4 (1) states that “the commission shall license, regulate, supervise, and perform oversight functions over organisations, associations (corporate and non corporate) or similar bodies engaged in organising and coordinating the movement of persons from Nigeria to Saudi Arabia to perform the Hajj or Umrah and providing, accommodation, transportation, and other services related to the performance of hajj and Umrah to the pilgrims in Saudi Arabia” Interpretatively, the acts practically ceded hajj and Umrah operations affairs to Nahcon. With this, NAHCON will have no excuses in fashioning out a comprehensive hajj regulatory framework that will address the challenges of hajj service delivery in the country.